Why risk management is critical for business continuity 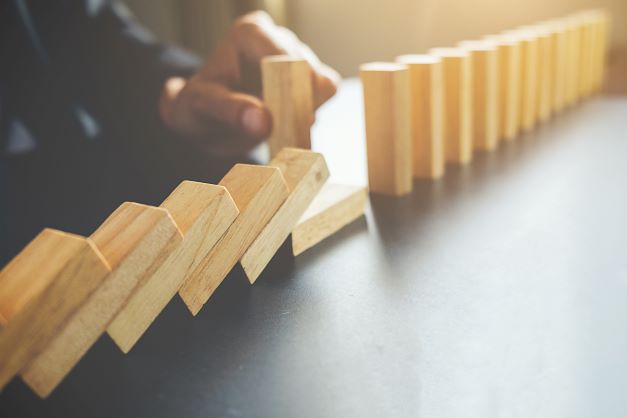 FROM an investor perspective, the psychological impact of the July 2021 riots and looting is likely to far outweigh the economic consequences for a long time going forward due to the perceived fragility of social cohesion in the country.

That’s according to Jason Griessel, Director: Strategic Risk Management at Broll Risk Management, who said that civil unrest incidents from the 1940s, 1980s, early 1990s and now 2021 indicate that “ultimately we are looking at a cyclical event”.

“When we talk to investors and advise them that the data indicates a 15- to 20-year event, they look at us as if we are crazy, but the data tells us that this is the reality we need to prepare for.”

Griessel the July unrest underscored the urgent need for businesses “to prepare their infrastructure and facilities to be able to weather a 72-hour to week-long civil unrest event in specific areas”.

The July unrest was particularly catastrophic due to external factors such as socioeconomic and service delivery challenges that exacerbated existing tension lines, which then combusted spontaneously to create a “firestorm” event.

“It is critical that businesses inculcate an institutional understanding that gives them insight into cyclical patterns in the territories or areas in which they are operating.”

Griessel believes this is where Broll Risk Management comes into play. “Forecasting and the ability to be forward-looking does not imply that we have a crystal ball. However, there are enough data sets available producing sufficient information to allow us to predict these kinds of events.”

He cited the #EndSars mass protests in Nigeria in 2020 as an example of the kind of critical social media topics that can be monitored for any spike in activity. Having specifically dealt with this scale of crisis before, Broll Risk Management has created modelling that enables it to better understand milestones during such events and any changes as they run their course to better support and inform its clients.

“This then opens up the next layer for us to start looking at it in more depth and communicate to businesses that we are monitoring a potentially developing situation. While there is no cause to panic at such an early stage, let us just ensure that all of our business continuity, resilience and risk mitigation ducks are in a row.”

He said business continuity is often misunderstood as an IT functionality in the digital age. However, it encompasses emergency-response planning for evacuation and dealing with unforeseen contingencies such as civil disturbances, for example.

Broll Risk Management already undertakes this kind of proactive strategising for a number of listed clients, whereby it not only finetunes the business continuity planning, but can test it in order to highlight any weaknesses and determine where improvements need to be made. This framework includes vetting and assessing external vendors, especially if these are responsible for operationalising any emergency plan.

“As we saw in KwaZulu-Natal, for example, there was a definite void in the provision of security services,” Griessel said.

Apart from its external client base, Broll Risk Management also performs this function for Broll Property Group, which has as its core strategy a focus on technology, innovation and expertise in order to position itself as the leading professional real-estate service provider.

“We cater for governance and compliance in terms of inward-facing risks, while our outward-facing offering is to develop enterprise risk strategies that allow our clients to build resilience into their portfolios, as well as assist them to break ground in new markets, especially in Africa.”

Turning to COVID-19, Griessel said the current regulations need to be more geared towards enabling businesses to operate normally. “Blanket laws and prescribed operational standards and procedures do not take into account that many companies lack the resources to implement these.”

Looking at load-shedding as a growing risk to be managed, Griessel highlights that there is now sufficient opportunity due to legislative amendment for businesses to create their own power redundancies.

“Every company should be resourcing their capacity to handle crisis and emergency if they profess to be serious about business continuity. We can hope that the situation will improve in the short to medium term, but the data over the last number of years indicates that the situation is actually deteriorating.”

THE Mass Discounters distribution centre in Durban, which suffered extensive damage due to the July civil unrest last year, has been demolished. The work was...
Read more
Chemicals

THIS comes after a report on Sunday by IOL media claiming Durban residents may be drinking contaminated tap water, and that the municipality is...
Read more