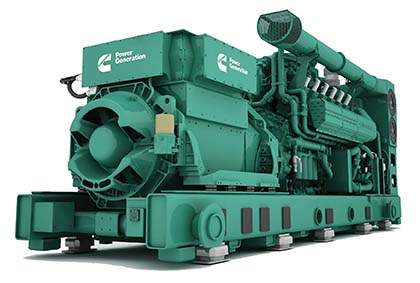 WHILE the production of oil has grown by roughly 30% over the past two decades, the climate impact of flare gas, typically considered a waste by-product by the oil-and-gas industry, continues to be a cause for concern.

That’s According to Cummins, which added that a lack of infrastructure to capture and sell the flare gas released when drilling for oil is a major environmental problem.

According to the company, billions of dollars in wasted natural gas could be used to generate reliable, affordable electricity, and yield billions more per year in increased global economic output.

“Governments, development institutions and oil companies around the world are being pressured to look at the amount of money spent in gas flaring, and the damage it is causing to the environment,” said Linda Nezerwe, Technical Specialist at Cummins, and expert in emissions control for both diesel and gas generator sets.

“The quantity of unburned fuel that needs to be flared is usually known, but the question is what to do with it,” Nezerwe said.

The World Bank, which has launched an initiative called Zero Routine Flaring by 2030, has stated that, if this quantity of gas were used for power generation, it could provide about 750 billion kWh of electricity, or more than the African continent’s current annual electricity consumption. While associated gas cannot always be used to produce power, it can often be utilised in a number of other productive ways or conserved.

“A critical development for the oil-and-gas industry is the advancing technology in natural gas generators to utilise fuel sources that would otherwise be considered water products. This leads to robust power solutions even with very aggressive fuels with minimal derating,” Nezerwe said.

“The result is that routine flaring can be reduced and transformed into a more environment-friendly option, while also helping communities by supplying electricity. These advancements in power generation applications allow operators to utilise environmentally harmful raw flare gas for diverse purposes instead of simply burning it, with clear benefits to the environment.”

While sustainability, circularity and the goal of net-zero emissions by 2050 are topping the agendas of organisations around the world, South Africa is caught...
Read more
Chemicals

INDUSTRY is under pressure to increase production while reducing costs and shrinking their carbon footprint. thyssenkrupp Uhde is perfectly positioned to assist industry in...
Read more