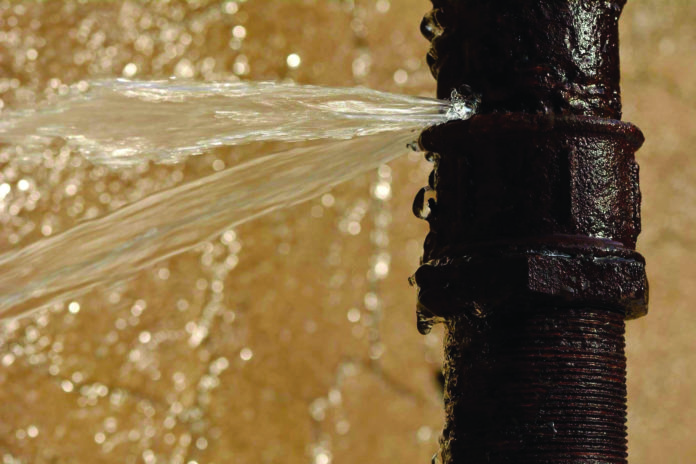 He was addressing Water Services Authorities during a working session at the Olive Convention Centre in Durban recently, where he also met various stakeholders to assess the status of water and sanitation security. The focus was on the lack of availability of water resources, funding for water infrastructure and related issues.

He was joined by his deputies, David Mahlobo and Dikeledi Magadzi, as well as several KZN mayors.

Mchunu described the scale of water losses in the province as alarmingly high, pointing out that it is lost through leaks, burst pipes, illegal connections, ageing infrastructure and vandalism.

‘’It is the right of the communities to receive water from us, it is not a favour, and it is also important to note that water is the main priority and the main supporter of life since it is important for everything. This is the commodity that is not in abundance in the country,” he said.

Mahlobo said that the eThekwini Metro was “losing the most amount of water in the country, Newcastle District Municipality loses approximately 30 million litres of water on a daily basis. This is a clear indication that the gravity of water losses in the province is extremely huge”.

Magadzi suggested that a comprehensive strategy was required and urged municipalities to hasten the installation of water meters with a view to receiving revenues.

Mchunu encouraged municipalities and the Provincial Department of Water and Sanitation to come up with innovative ideas to use rainwater.

The action plan announced by President Cyril Ramaphosa in his national address on 25 July to address the country’s energy crisis is a strong...
Read more
Pumps, Valves, Hydraulics, Pneumatics

With no end in sight to loadshedding, it’s important for municipalities to start engaging in energy efficient mechanisms in their water and wastewater infrastructure. This...
Read more
Environmental – Green Industries

COVID-19 has affected almost every aspect of our daily lives, and the latest Tetra Pak Index report shows how the global pandemic has ‘rewired’...
Read more