The two faces of the gig economy 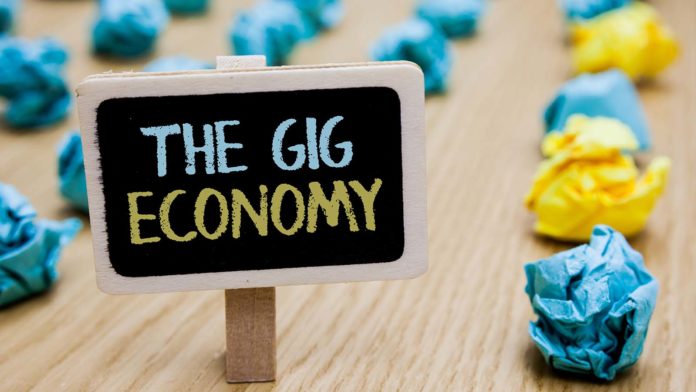 By Denine Smit and Grey Stopforth

THE modern world of work is changing rapidly – to such an extent that by 2030, 65% of primary school learners will take up positions currently unknown to man.

Each of the previously mentioned types of gig work performs a particular service in the gig economy. To illustrate, crowd work refers to work that ranges in skills level and difficulty, which is outsourced to a large pool of online workers, for example, tasks available on Freelancer and Fiverr.

In contrast, app work (also known as on-demand work) involves an application (app) that connects clients and workers via the online platform to perform tasks, also referred to as ‘gigs’, in a specific geographical area. This type of gig work consists of various types of tasks, such as ride-sharing services (e.g., Uber and Bolt), cleaning services (e.g., SweepSouth), and the running of errands (e.g., TaskRabbit and Errandworld). Uber currently serves more than 10 000 cities worldwide.

The previous three industrial revolutions were prompted by disruptions that occurred through the harnessing of steam. The discovery of telecommunications and computers and technological advancements led to the internet of things, a typical characteristic of 4IR.

It is in 4IR where the new techno-economic paradigm needs to be addressed. This is where robotic devices could replace humans. We now face two sides of the coin: working in a digitised environment where workers are not protected by traditional labour laws, such as Uber drivers, or seeking formal employment where there are not enough standard jobs.

The modern industrial workplace is already characterised by the introduction of several robotic devices that could easily replace human capital in the future. Examples are rife:  Libby is a robot at the University of Pretoria that assists students. A social humanoid robot called Sophia, created with her ‘own’ passport, was interviewed on her own at the UN, and is regarded as our first digital citizen.

We also have Deep Blue, an IBM computer that defeated the world’s best chess player, and Watson, another IBM computer that beat the Jeopardy! champions, as well as robots that can now play the piano, grade high school tests, paint, compose music, and write newspaper articles.

A job for life and a physical workplace may both disappear in future and be replaced by gigs for payment, flexibility, and continuous learning. The COVID-19 pandemic fast-tracked 4IR, and this is becoming worrisome in South Africa, where we reached formal unemployment figures of 32,6% (7,2 million) and 42,6% (11,4 million) if discouraged work seekers are added to the mix. More critical, South Africa’s youth unemployment rate is at a staggering all-time high of 74,7% (STATS SA, 5 April 2021).

We need to look at new opportunities in the gig economy, like Uber, to earn a living and alleviate poverty.

Uber is merely an example of ‘work’ on the platform, but many gig workers are not protected by law. If we focus on the new categories of workers, such as those working for Uber, the legal landscape is exciting and problematic. However, problems have led to sporadic strike actions in several African countries such as Kenya, Nigeria, and South Africa.

In January 2021, Uber Eats drivers in South Africa laid down their ‘tools’ by deactivating their apps as part of a nationwide strike action in response to a decision taken by Uber Eats South Africa to lower the fee paid to drivers per delivery.

Later in March 2021, Uber and Bolt drivers from South Africa engaged in strike action, demanding that e-hailing companies adopt a fair pricing strategy, and that their own and their passengers’ safety be prioritised.

Other African countries followed suit shortly thereafter. In the past year, many app workers have brought court claims in different countries in the hopes of obtaining full employee status. Let’s see what happens in other countries.

On 19 February 2021, the Supreme Court in the UK ruled in Uber BV v Aslam (2021) UKSC 5 that Uber drivers are ‘workers’ rather than self-employed independent contractors. The court outlined several key factors to justify its decision, most of which relate to the degree of control that Uber has over its drivers. Based on this, the court found that drivers were, in reality, ‘workers’ and not independent contractors, which implies that they are legally protected.

A recent decision by Australia’s Fair Commission (FWC) in Diego Franco v Deliveroo Australia Pty Ltd (2021) FWC 2818, could impact Uber’s operation in the country in the future. On 18 May 2021, the commission ruled that a former Dilveroo driver was an employee of Deliveroo rather than an independent contractor.

The FWC emphasised the importance of standing back from the detailed picture and looking at the overall effect of the relationship. Similar to the UK ruling, the FWC also noted that Deliveroo was able to implement or withdraw a significant level of control over Mr Franco, which was a decisive factor indicating the existence of an employment relationship.

Having considered the facts, the FWC found the driver to be an employee of Deliveroo, and he was therefore entitled to unfair dismissal protection. Whether this decision will stand in the future remains to be seen, as Deliveroo has indicated that it will appeal the FWC’s decision.

Similar to many other countries, the USA also has several cases with mixed judgements. For the purpose of this opinion piece, we will single out Proposal 22 (Prop 22), which was passed in California at the end of 2020. The Prop provides drivers with a guaranteed minimum earning for the time worked while actively providing rides, compensation for some vehicle expenses, occupational accident insurance to cover injuries and illnesses on the job, and ‘funding for new health benefits’ that apply to drivers with prescribed minimum hours per week.

A new royal decree regulating delivery app workers, also known as the ‘rider law’, was ratified by Spain’s cabinet in March 2021. The new ‘rider law’ introduces additional provisions for a new presumption regarding the existence of an employment relationship in the context of the delivery and distribution of products through digital delivery platforms.

The decree also makes it mandatory for gig businesses to inform the app workers’ legal representatives of the parameters, rules, and instructions on which the algorithms or artificial intelligence (AI) systems are based, which affect decision-making that may influence working conditions, access to, and maintenance of employment, including profiling.

The law comes into effect 90 days following its publication in the Spanish Official Gazette. The gig businesses, therefore, have until mid-August to comply.

It is currently uncertain whether South Africa’s Uber drivers will be classified as employees or independent contractors. See Uber South Africa Technology Services (Pty) Ltd v National Union of Public Service and Allied Workers (NUPSAW) and Others (2018) 39 ILJ 903 (LC), in which the Labour Court held that the Commission for Conciliation, Mediation and Arbitration’s ruling failed to consider the fact that Uber SA and Uber B.V. are two separate entities.

The question as to whether Uber drivers are employees of Uber was subsequently left unanswered. Each country has a unique and intricate statutory framework that regulates the traditional work relationship, making a universal approach to classifying on-demand workers almost impossible. However, it would be in our best interest to be mindful of these developments to pursue a workable solution that fits our South African context.

Thus, the jury is still out on whether gig work is good, bad or a little of both.

Denine Smit and Grey Stopforth are Associate Professor and Lecturer respectively at the Department of Mercantile Law, Faculty of Law, University of the Free State