The role of workplace breathalysers in tackling alcohol addiction 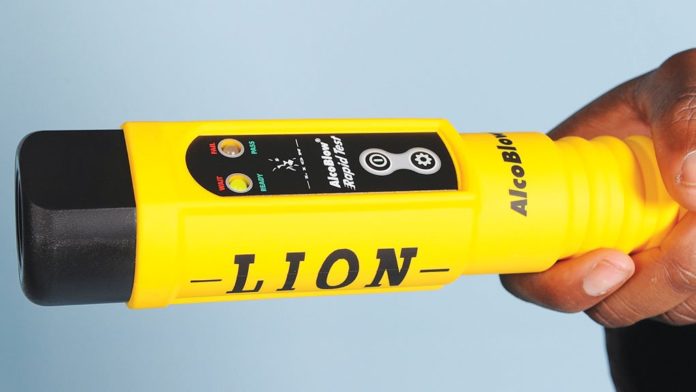 GOVERNMENT’S ban on alcohol as part of the COVID-19 lockdown highlighted the devastating impact alcohol abuse has on society. While alcohol was banned, there were far fewer instances of domestic abuse, and pressure on hospitals was eased because alcohol-related injuries and accidents were minimised.

However, this issue will not be solved by prohibiting the sale and consumption of alcohol – the problem goes far deeper. The reality is that South Africa has a culture of drinking and it has become normalised to consume excessive amounts on a regular basis. A multi-level approach is critical, and compulsory alcohol testing in the workplace has a pivotal role to play.

Alcohol abuse is a complex problem for which there is no single, magical solution. However, there are steps that businesses can take to play a role in reducing alcohol consumption, especially in the workplace.

The Occupational Health and Safety (OHS) Act specifies a zero-tolerance approach toward intoxication in the workplace. Enforcing this with the use of alcohol testing not only ensures compliance, but it can also effectively reduce the alcohol consumption of employees.

A paper mill in KwaZulu-Natal implemented compulsory alcohol testing several years ago and almost immediately experienced a huge reduction in the amount of alcohol their staff consumed. Many of the workers’ wives noted that, instead of coming home late and drunk, their husbands would return straight after work.

For many industries where employees rely on no work, no pay, running the risk of not being allowed into the workplace due to intoxication is not worth it for many of such employees. Compulsory testing helped to control excessive drinking behaviours, as the workers knew their jobs could be on the line.

Some other benefits of reducing alcohol consumption were fewer instances of domestic abuse, as well as more disposable income for education and food. For the business, they also saw improvements in productivity, reliability and employee health, as well as fewer accidents, creating an improved working environment for all.

Compulsory alcohol testing is only one element of a multi-faceted problem. Education on the dangers of alcohol consumption needs to be driven from a young age and reinforced in the workplace.

The ‘cool’ factor around drinking needs to be changed and the preconception that socialising has to involve alcohol must shift. In addition, establishments serving alcohol need to play a role in ensuring excessive consumption does not take place.

Ultimately South Africa needs a change in culture and individuals need to be held accountable. We need to become more responsible as a nation and knowing that we could be fired for drinking too much is a really effective incentive to help control drinking behaviours.

Is your company missing out on Employment Tax Incentive benefits?

MANY employers have employees who potentially qualify for the Employment Tax Incentive (ETI) but disqualify themselves from claiming the benefit by overscheduling employees, effectively...
Read more