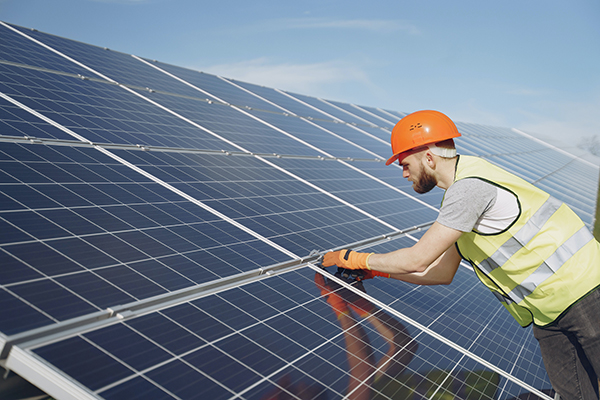 THE electricity sector has been in the spotlight recently with the impact of a 15.62% increase in electricity tariffs and frequent power interruptions.

Against this background, Preggie Pillay, CEO of FNB Commercial Property Finance, warned that for SMEs, energy interruptions can pose a threat to business continuity. Large companies in most cases have already responded by converting to solar energy, but SMEs that are still pondering the viability of investing in solar, should act sooner rather than later, he added.

“When you have power disruptions attributable to ageing grid infrastructure and load shedding, there are available various alternative energy sources of which solar energy is the most generally acceptable. As a technology, solar is tried and tested, and in recent years it has become highly affordable,” Pillay said.

Kyle Durham, Head of Alternative Energy Solutions at FNB Commercial said SMEs are not only affected by load shedding, but their sustainability is also at risk. Moreover, there are some areas that are capacity constrained resulting in a need to consider alternatives to enable planned developments. While some businesses can make up lost production time, many cannot.

“This particularly becomes a challenge, for instance, for small retail shops in shopping malls which lose revenue when the power is down or intermittent and that revenue is lost forever. Businesses are fully aware of this, but possibly are not aware that the technology is affordable and banks such as FNB offer a viable funding solution that will protect the cash flow of a business while offering them business continuity.”

He said a solar energy solution increases the value of a property by embedding business continuity into it, “and it is just a bonus that you simultaneously reduce your dependence on the country’s public power utility or municipalities and cut your operating expenses. There is also the potential for being paid for selling that generated solar energy into the national grid, as occurs already in some municipalities in South Africa and elsewhere in the world,” Durham added.

According to Pillay, most shopping malls today have a large roof surface tailored to solar energy generation. “The centre manager typically on-sells/offtakes this to individual tenants within the centre, with excess capacity returned to the grid. Often this charge is less than what the national energy provider bills clients. It is consequently both a business continuity plan and an asset which increases the value of the property by reducing operating costs.

“Furthermore, consumers are becoming ever savvier on sustainability and climate change and are demanding of their retailers that they use cleaner energy to reduce their carbon footprint, particularly in the case of high-end stores. Increasingly in the future, it is such factors which will determine how and where people shop.”

The current regulations allow energy generation up to 1MW per site. A plant of more than 1MW requires a generating licence from the electricity regulator NERSA, whereas a plant from 100KW to 1MW only requires municipal or national energy provider technical sign-off to supply their owners or feed into the grid. Each municipality also has its own applicable bylaws, and this process for the smaller plant has become less onerous in recent times.

“Overall, there is a positive momentum in the acceptance of solar energy. The drivers of this have over the past two years been energy costs, energy certainty and reducing the carbon footprint. The financial case has provided more recent impetus: as adoption rates for solar have improved initially for one or other these reasons manufacturing capacity grew and prices came down making it even more affordable and further accelerating adoption rates,” said Pillay.

“We fully expect this momentum to be maintained and even accelerate further in the coming years.”

EMIRA Property Fund has relaunched its Springfield Retail Centre in Durban, KwaZulu-Natal, a year after the centre was damaged by arson in the widespread...
Read more