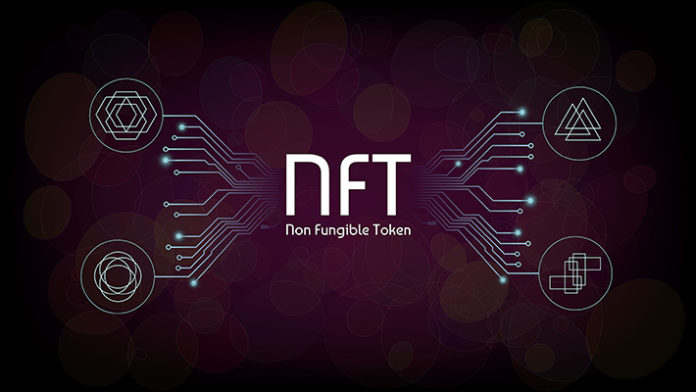 THE concept of NFTs, or Non-Fungible Tokens, has arrived in South Africa, with numerous artworks available for purchase or auction via these digital certificates that are immune to forgery.

NFTs have seen a global surge in recent weeks, with singer Grimes selling $6-million worth of digital art as NFTs; rock group Kings of Leon selling its new album as an NFT; and artist Mike Winkelmann, known as Beeple, selling a piece of digital art for $69.3 million through auction house Christies. In South Africa, Worldart gallery is currently running the country’s first NFT gallery auction, for an image by local artist Norman O’Flynn.

Now, South Africa’s first NFT of a media article is up for auction, with proceeds going to charity. “Gadget1998” is a digital image of Africa’s oldest surviving online game review, which appeared in May 1998, and is still available to read today. Purchase of the NFT entitles the successful bidder to own the digital image, rights to ownership of the review itself, and a name credit on the page where it originally appeared.

The review, of a computer game called The Golf Pro, has been converted into a unique PNG file, which can be viewed on the NFT auction site Rarible.com. While the image itself can be copied, the NFT that includes certification of ownership cannot be duplicated.

“The purpose of the Gadget1998 NFT was to provide a use case that would be easy to understand and therefore serve an educational role, in providing better understanding of both the role and mechanism of NFTs,” said Arthur Goldstuck, founder of Gadget publisher World Wide Worx, and author of the original review.

“At the same time, we saw it as an ideal opportunity to raise funds for a charity that is close to our hearts, the South African National Council for the Blind. It produces a wide range of assistive devices and technology to assist visually impaired persons, including braille and talking watches, computer screen readers, and screen magnification software.”

Gadget platform editor Bryan Turner, who worked with Goldstuck in creating the NFT, explained the process:

“In creating the NFT, the web page was tokenised – or “minted”, in NFT language – and made available as a contract on the Ethereum blockchain, through the auction site Rarible.com, one of several that allow users to mint their own NFTs. The blockchain allows the token to be transferred from person to person as one would transfer money from bank to bank. By tokenising the article, we ensured that it is unique – or non-fungible – on the blockchain. As ownership changes, the digital stamp at the bottom of the article will change.”

The philosophy behind NFTs is as significant as the technology, says Turner.

“The unconventional Gadget1998 NFT forces one to look at how ownership works in the digital world. We like to think of it like this: instead of buying a work of art to frame in one’s home, one would purchase a work of art in a museum for the public to peruse. Creators can sell not only a single, unique piece of art, but also millions of versions, each stamped with a unique code embedded with the right to ownership of that specific version. This represents a fundamental shift in the ownership of creativity.”

The charity route also makes it an ideal way for companies to combine corporate social investment with being positioned in the business world as blockchain-ready.

The flexibility of the Ethereum blockchain led to it becoming the basis for the first widely traded collectable NFTs back in 2017, but the concept finally exploded into the mainstream in 2021. However, buying NFTs remains complex, as one first needs to buy a cryptocurrency called ether, which allows for transactions on the Ethereum blockchain. It is the world’s second-largest cryptocurrency after Bitcoin. It then needs to be transferred to a digital wallet that is linked to the auction site.

Each step in the process of buying or bidding for an NFT, from transferring the funds to the wallet, through to paying at the end, comes with significant transaction costs. This has proven to be a major barrier to entry.

“For now, the world of NFTs is confined to what one might call the crypto-born – people who have been part of the cryptocurrency world as it has evolved over the past decade. We hope that, as the costs come down and the trading platforms become less complex, it will become a regular way of shopping for digital product,” said Goldstuck. – GeekWire.co.za