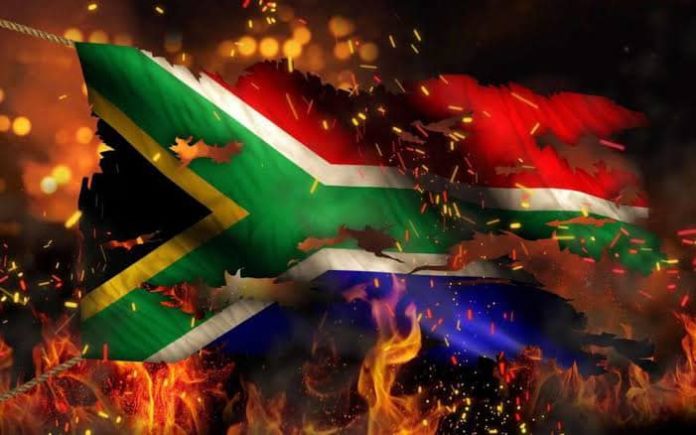 Following six days of ongoing rioting and violence, which is impacting innocent citizens’ lives and livelihoods, the South African Institute of Chartered Accountants (SAICA) calls on the South African Government to implement its recent decision to strengthen law enforcement on the ground. It must take further decisive action to restore law and order to the streets of South Africa so that a more equitable economic ecosystem can emerge from the ashes of recent events.

Freeman Nomvalo, SAICA’s CEO, said: “The situation the people of South Africa are currently experiencing and seeing is a fundamental breakdown of law and order in the country, which has to be addressed more acutely. We condemn in the strongest terms the ongoing acts of lawlessness and criminal violence that are being perpetrated against the people of this country and we strongly suggest that the instigators and facilitators of the rioting are identified, apprehended, investigated and experience the full might of justice for the significant damage that has been caused. Law-abiding citizens have lost their lives, many have lost their livelihoods and a large number are currently dealing with injuries, as well as damage to their properties and assets. SAICA offers its sincerest condolences to the families of all those who have been killed and we wish those who have been injured a speedy recovery.

While we are fully cognisant of the harsh circumstances that poverty and inequality cause in our country, namely unemployment and hunger, and we recognise the right of people to protest, no reason justifies the horrific scenes that have been playing out in our country over the last few days.

It is the poorest communities that will most severely experience food shortages, loss of employment and further depravation in an already ailing economy due to the negative impact of prior corruption and COVID-19. We urge government to take immediate steps to provide support to these impoverished communities and encourage our members to collaborate in restoring business activities on the ground. In this regard SAICA believes that a more equitable economic ecosystem needs to emerge from the ashes of the destruction to reduce the risk of recurrence of these extreme actions.

In this regard SAICA calls for government, business, organised labour, civil society and political structures to collaborate to create a transformed economic ecosystem for the country. Failure to do so will most likely result in more rioting sometime in the future, as experienced during the past so-called “xenophobic” attacks.

SAICA and its members are available to facilitate a process of contributing to efforts to rebuild what is now a shattered economy. In this regard, the leadership of our members in the SAICA Eastern Region located in KwaZulu-Natal are convening to explore ways in which affected SAICA members can be supported and economic recovery can be expedited through an Economic Recovery Nerve Centre. As responsible leaders, SAICA members from around the country and the world are encouraged to get involved in support measures for human welfare and business recovery.”

Nomvalo concluded: “Some communities are so concerned that they are reverting to protecting themselves and this has the potential to incite further violence, which underscores SAICA’s call for more urgent, pro-active and decisive action from the Government. SAICA also urges Government to work with all concerned stakeholders in South Africa to craft a comprehensive response to addressing inherent economic challenges.”