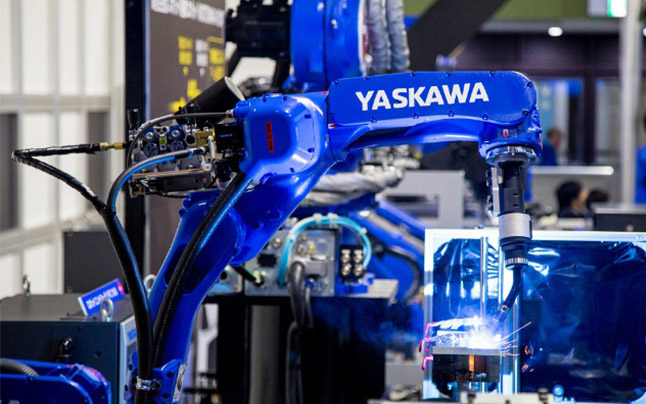 NOT only do industries evolve through the use of robotics and automation, but their workforces are also capable of developing invaluable and career-enhancing skills.

That’s according to Andrew Crackett Managing Director of robotics company Yaskawa Southern Africa, who cited Statistics South Africa figures that reveal the country’s official unemployment rate sits at 32.6% as of June 2021 – and it’s likely to worsen as construction and trade industries continue to shed jobs.

The only way to overcome this socioeconomic epidemic is through education and the upskilling of the workforce, which creates new growth opportunities and makes them invaluable to employers, Crackett said.

He added that as the world evolves, so too must the industries and workers around it and thatc his company understands the importance of staying ahead of the curve, having provided robotics training for close to three decades now.

With centres in Johannesburg, KwaZulu-Natal, Gqeberha and Cape Town, Yaskawa’s training facilities have been upskilling workers from numerous industries.

More importantly, the training provided is internationally recognised and gives the students vital hands-on experience in the field. “Our training has been streamlined and set to a global standard,” said Robin Malherbe, Yaskawa Southern Africa’s Training Officer.

“This means what you learn here is the same as what’s being taught in Germany or Japan as an example. We’ve also seen many individuals do their training in South Africa, then take what they’ve learnt to further their careers overseas.”

Malherbe said there are different courses available, depending on what is required and the current skill level.

“We do provide basic programming training, which demonstrates to people who haven’t used robots before how to use and program them. Additionally, we have modules for welding, handling, and other specific functions.”

If a learner wants to get more in-depth training on robotics and its various functions, there is also the option of an advanced course. However, Malherbe does advise that basic training is completed first and for the individual to get six months of experience before applying for this.

The company also offers a basic maintenance course that allows individuals to trace and repair faults, helping them and their employers avoid unnecessary downtime and giving them confidence in their own abilities.

“We have witnessed some nervousness from workers and industries that are new to robotics,” Crackett said. “For us, we want to remove any anxiety and empower them with the knowledge and skillset to embrace and understand the technology that will aid them in their everyday work.”

He said there was the potential now to not just revolutionise the way businesses operate, but to also change the lives of the people who work in them.

“We want to give peace of mind to businesses that implement robotics that they are in safe hands. At the same time, we’re also upskilling their workforce and providing them with the opportunity to develop new skills and open up new career paths. It’s ultimately a win for everyone.”

Crackett added that as part of its commitment to developing skills in the country, Yaskawa Southern Africa is in dialogue with the South African Institute of Welding to see how both parties can collaborate for the benefit of technical skills training and workers.