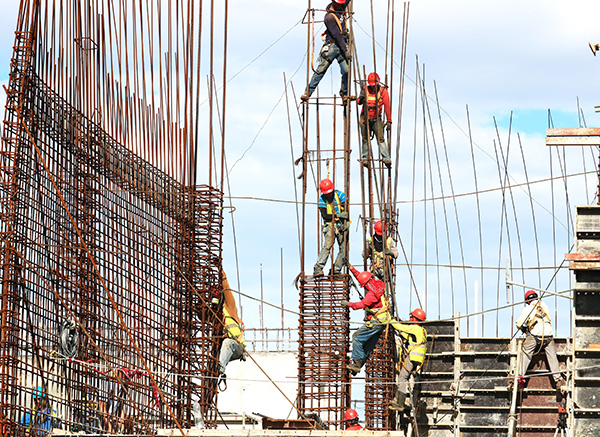 THE Association of South African Quantity Surveyors (ASAQS) has welcomed the announcement by President Cyril Ramaphosa, that the government is setting up a special police unit to deal with the ‘construction mafia’ that has been disrupting businesses in the country for years.

Association Vice President Newton Baloyi said they had made numerous calls since 2019 for SAPS to get involved in the matter, as the issue affects infrastructure projects, investor confidence, and the safety of professionals in the built environment.

The construction mafia, as they have become known, are gangs who intimidate foremen, project managers and construction bosses by going onto project sites and demanding a stake. ASAQS estimates that this has resulted in construction projects worth at least R25 billon being violently disrupted and halted.

“With the police taking over the criminal element, professionals in the built environment will be able to focus on the fundamental reason for local community dissatisfaction when large projects are involved,” Baloyi said.

He added that disruptions in the construction sector are not limited to mafias.

“It usually happens the moment labour and companies from outside the local communities are appointed to projects. The local community gets upset, as they feel deprived of opportunities for meaningful economic participation”.

This is to be expected, he said, as many of these mega projects are being done in environments where people live in poverty, are unemployed, and looking for opportunities.

“A mindset shift is required wherein projects are evaluated and monitored not only on the basis of technical and financials, but to include socioeconomic impact. And it happens once clients and built environment professionals realise that projects are actually an opportunity for the deliberate socioeconomic upliftment of communities. Instead of simply ticking the boxes of compliance, we should focus on real impact”.

Baloyi said the first step to meaningful community involvement is to integrate social and economic sustainability into the planning of projects.

“For integration to happen, the project procurement strategies should proactively identify opportunities for the localisation of project value chain. This can be best handled by built environment professionals as part of the project development process. It’s critical that a project is developed and marketed in such a way that local communities have a say and a sense of ownership,” he said.

“All too frequently, the buck is passed on to the contractor. But the engagement with the community shouldn’t start when the contractor arrives on site. It must come from the developer and his professional team prior to the arrival of the contractor.”

Baloyi said the project teams should go beyond simply subcontracting and labour.
“We need to think beyond that and consider other high impact opportunities for maximum circulation of money in the communities such as the part localisation of material supplies, manufacturing, assembly, unbundling projects and ringfencing opportunities for the local communities.”

Baloyi said that once a community has taken project ownership, it becomes easier for those communities to identify criminal elements.

“They are then personally committed to the project and part of its beneficial elements. They are not only uplifted, but they also invest economically and socially. Those are the kinds of initiatives that have a significant impact.”