Quality of concrete for housing depends on mix constituents 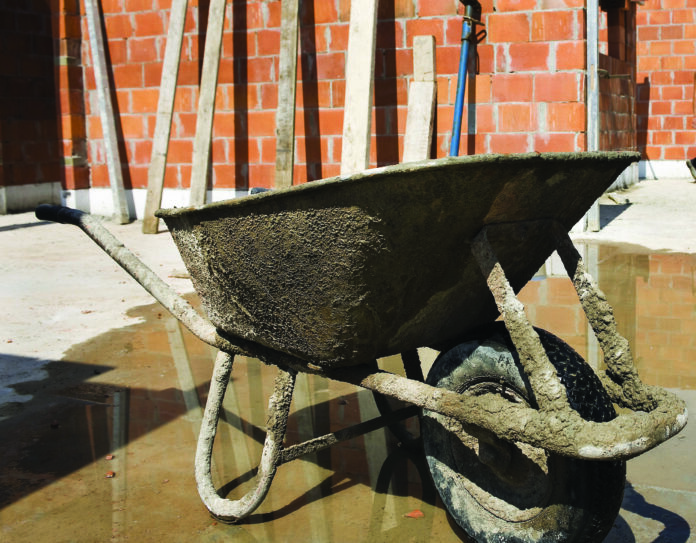 THE role that the various mix constituents play to produce quality concrete for housing is often not fully understood, cautions Bryan Perrie, CEO of Cement and Concrete SA (CCSA), who says using the correct mix proportions and ensuring good site practice are vital to ensure the strength, durability and economy of the finished concrete.

“The quality of the cement is crucial. Building contractors should note that all producers and importers of cement must have a Letter of Authority (LoA) from the National Regulator for Compulsory Standards (NRCS) for each different cement type sold in South Africa. The NRCS issues a LoA only if the cement standard complies with SANS 50197-1 or SANS 50413-1,” he said.

Perrie believes certain errors tend to occur frequently when producing concrete for housing. “Firstly, there is the question of the ratio between the water and cement in a concrete mix which determines the strength of the concrete. When site batching for small quantities of concrete, contractors tend to use the traditional builder’s wheelbarrow as rough unit of measurement but poor control in this regard can produce seriously inconsistent mix proportions.”

He said the contractor should ensure that the wheelbarrow is religiously levelled off at the top when measuring materials for mixing to ensure that the correct, consistent mix proportion is achieved throughout. “It should also be remembered that two bags of 50kg cement are equivalent to one builder’s wheelbarrow.”

Another common mistake on site is the addition of extra water to improve the workability of the concrete (called “tempering”) after an extended period. This significantly reduces the strength of the concrete.

“Then there is the critical aspect for quality concrete: curing. Often concrete is not cured using the proper technique or is not cured long enough. Newly-cast concrete must be adequately cured to ensure that hydration continues until the full potential strength of the hardened concrete is achieved and to minimise the tendency to crack,” Perrie said.

“When producing concrete for housing, there is also often confusion between client, specifier and contractor regarding the finishing of a concrete floor, specifically relating to the application of a cement screed to the floor. In general, a sand-cement screed should not be applied as the final wearing surface.”

“Cracks in plaster and floors are common problems on most sites but these can be avoided, or reduced, through the correct use of joints at appropriate intervals to cater for shrinkage. Problems in mortar and plaster can be avoided by following ‘good practice’ as recommended in the CCSA leaflets on these topics. Care should also be taken to allow for movement joints between different material types, such as clay bricks and concrete blocks, or bricks and concrete,” Perrie added.

More detailed information on the various aspects of concrete for housing is available from the CCSA publication “Concrete basics for building”. CCSA’s School of Concrete Technology also presents a variety of training courses on concrete practice for all levels of experience throughout the year.

TODAY is International Women in Engineering Day. To celebrate, Jet Demolition contracts and project manager Kate Bester highlights what it's like being in close...
Read more
Construction & Civils

THE Mass Discounters distribution centre in Durban, which suffered extensive damage due to the July civil unrest last year, has been demolished. The work was...
Read more