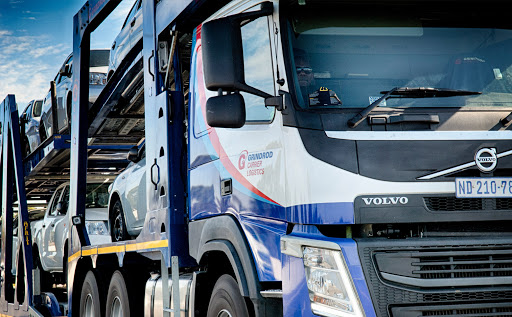 DURBAN-based logistics leader Grindrod Limited has announced its final financial results for the year ended 31 December 2020, reporting “solid” performances in its core operations, with the Port, Terminals, and Logistics businesses recovering well in the second half of the financial year.

The groups’ “agility and execution of connecting supply chains and unlocking trade corridors resulted in robust performance and a trading profit of R1.4 billion from core businesses,” it said in a statement. The group generated positive cash from operations of R871.1 million (2019: 1 019.2 million). Net debt excluding Grindrod Bank and IFRS 16 lease liabilities is 26% as of 31 December 2020.

Overall, Ports & Terminals matched its 2019 earnings. Maputo Port achieved earnings growth of 18% on 2019 on volumes of 18.4 million tonnes. Cargo transported to the port by rail versus road has improved through the increased allocation of Transnet train sets. Matola Terminal delivered improved tariffs and cost management, which mitigated the decline in volume. The terminal handled 5.5 million tonnes with 10% higher volumes in the second half of the financial year. Magnetite and chrome markets have improved with strong pricing.

The container business has increased its footprint and diversified into bulk cargo. “For example, by partnering with key customers and establishing an efficient and reliable service, Grindrod facilitates the export of minerals through the Maydon Wharf Terminal in Durban,” the statement said.

The clearing and forwarding business delivered healthy earnings growth of 83% due to extensive work on both existing and new contracts. Ships Agency achieved positive earnings for the period from a loss position in 2019.

Overall, the northern Mozambique operations reported 13% earnings growth for the period. “Grindrod’s Intermodal facility in Nacala is a good example of developing a fit-for-purpose infrastructure for customers. Initially, the facility, together with a fleet of trucks, provided a logistics solution for transporting graphite from a mine in Balama to global markets.  While the mine is in care and maintenance until graphite markets improve, the Nacala facility has provided the perfect base to operate on the Malawi corridor, where volumes have increased.”

According to Grindrod, its strategic presence in Northern Mozambique has provided the ideal springboard to be one of the early logistics providers for the LNG project in the Cabo Delgado region. The service offering includes the road haulage, operation of seven barges for the transportation of equipment and supplies, shore-side equipment, and stevedoring.

In addition to the base in Nacala, Grindrod established operations in Pemba and commenced construction on a Palma site adjacent to the project. The facility will support containerised and break-bulk cargo destined for the region.

Train sets have been deployed on the Dar Es Salaam corridor comprising three locomotives and 54 wagons.  During the COVID-19 lockdown, products moved East and West and not through South Africa as the borders closed. “This, together with force majeure calls on Mozambican and South African locomotive hire contracts during the period resulting from the temporary restrictions on mine operations and non-essential cargo transportation, caused an overall decline in profits for the Rail business.”

The Group said demand for rail had increased post-lockdown. “The Rail business was merged to bring critical mass and commercial experience to a joint Railco.”

The group added that Transnet had made significant strides in creating efficiency in its networks. “We welcome this, not only for Grindrod but for the economies across southern Africa. These efficiencies have impacted Richards Bay, the North/South corridor, and the Maputo corridor particularly.”

Grindrod Bank maintained a conservative approach in managing its book. “The team will continue enhancing and building the platform banking services, growing in the retail space, and broadening their footprint in the SME markets.”

Grindrod completed the sale of Senwes, an agriculture trading business, as it is not core to the group’s service offering.  “The Marine Fuels business performed well however the business remains for sale as it does not form part of the long-term strategy.”

CEO Andrew Waller said, “Our business is about operating supply chains, leveraging our strategically located Terminals, Port operations, Rail, and Logistics assets. Our divisions work together and collaborate with customers to ensure we provide bespoke solutions and deliver on our purpose – unleash trapped value across Africa for the benefit of all its people”.

Results at a glance

IMAGINE a truck that only emits water vapor, produces its own electricity onboard and has a range of up to 1 000 km. It’s...
Read more