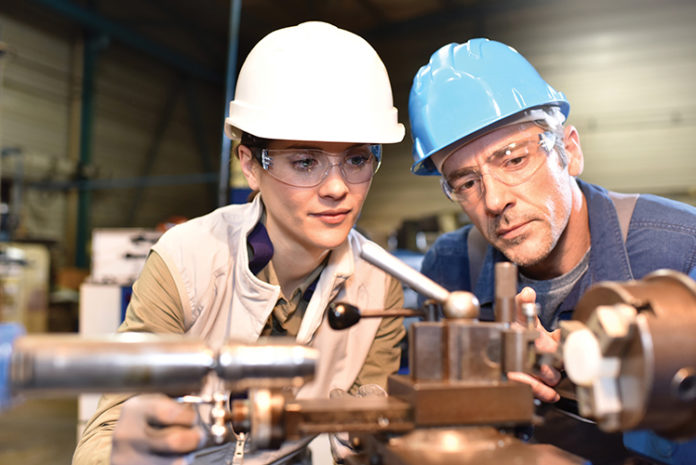 THE Critical Skills List recently released by the Department of Home Affairs for public comment is indicative of South Africa’s failure to close the gaps in artisan and engineering training in the country.

That’s according to Sumaya Hoosen, Human Capital and Skills Development Executive at the Steel and Engineering Industries Federation of Southern Africa (SEIFSA), who said the shortage of artisans, technicians and engineers has been well documented, with the government saying as recently as 2017 that the country had a shortfall of 40,000 artisans. This was despite its efforts to promote artisanal careers among school leavers through its Decade of the Artisan campaign launched in 2014.

Among the skills on Critical Skills List are metal machinist, industrial machinery mechanic, electrical equipment mechanic, lift mechanic, fitter and turner and quality controller (manufacturing), industrial engineers and technologists, civil and mechanical engineers – all artisanal trades and engineering qualifications that are among many others that are in shortage in South Africa.

“More needs to be done to address this skills shortage and promote engineering and technical vocational training as a career option, especially among female students,” Hoosen said.

She called on businesses in the metals and engineering (M&E) sector and the wider manufacturing industry to ramp up their training efforts by deepening their partnerships with the government and funding entities such as the sector and training authorities to train artisans, technicians and engineers.

Hoosen said this would help to meet the National Development Plan’s aim of creating 30,000 artisans per year by 2030. These efforts, together with entrepreneurial and SME development, would help address township and rural development challenges and stimulate job creation.

At present, she noted, the country produces about 12,000 artisans per year, but this figure could be higher much sooner if more businesses in the M&E sector join the government’s efforts.

“SEIFSA believes in the power of partnerships to overcome the obstacles facing the economy. In the context of training and development, we need to work together to create a pipeline of skilled artisans, technicians and engineers.”

Hoosen said SEIFSA was committed to doing its part to address the shortage of artisans through the SEIFSA Training Centre (STC), which is an accredited training and trade test centre and offers apprenticeships in 10 trades. The STC aims to be a centre of excellence in artisan, technical and advanced engineering skills.

Hoosen said the programmes provided by the STC, through its network of Centres of Specialisation across the country, harness skills development through economies of scale. Furthermore, the STC is able to address future-of-work challenges by addressing green skills and 4IR technologies and has already incorporated e-learning in a blended approach for its theoretical training delivery.

“The SEIFSA Training Centre has a long and proud history of producing qualified artisans, many of whom have gone on to become leaders in the M&E sector. We know that companies which use it have been very pleased with the quality of their graduates.”

Hoosen encouraged companies to join efforts to produce quality artisans, technicians and engineers by focusing funding for training on these programmes that also provide benefit on the skills development element of their B-BBEE scorecard.

“We have been engaging with SEIFSA-affiliated companies to take on apprentices, particularly those from historically disadvantaged backgrounds, and train them at the STC, thus benefiting from the sector-specialised training capability of the centre,” she said.

“We have also been encouraging our affiliated companies to optimise the efforts in providing bursaries to eligible students who wish to study engineering, with emphasis on the scare skills highlighted.”

STUDENT funding efforts received a massive boost this month, with the news that crowdfunding platform Feenix has paid out R4,6million to 163 students in...
Read more
Construction & Civils

LEADING clay brick and paving manufacturer Corobrik has been accredited as a Skills Development Provider (SDP) by the Quality Council for Trades & Occupations...
Read more
Associations

THE mismatch between skills in demand within the chemical industry and skills that are being developed in South Africa is negatively affecting the employability...
Read more