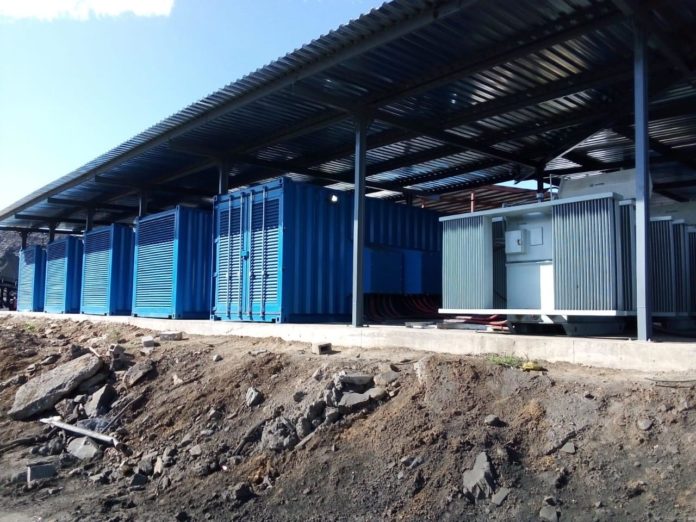 Electricity supply for three mining sites, Outcrop, Deep E (DE) and Ngwabe, is now backed up by a series of these generators to maintain operations when grid power supply is interrupted.

Ngwabe is the largest of the three sites consisting of 8 x 700 kVA generators feeding a 400 V to 11 kV step-up transformer which in turn supplies electricity to the site.

The Babcock-designed and built power generators have been installed at all three mines which are underground, deep level, narrow seam operations that employ continuous drill and blast mining techniques to extract anthracite ore.

Managing Director of Babcock’s Industrial business, Deon Verreyne, said the power generators respond well to massive impact loads and are capable of generating sufficient power for the entire mine’s power needs, initially firing at full capacity to deal with the massive impact load, and switching off units as demand stabilises.

He added that Ngwabe is the first South African mining operation to utilise eight Volvo Penta-powered synchronised power generators, and that Babcock is also providing back-up and support services to the mines.

“The units are remotely monitored using a telemetry system that facilitates the predictive maintenance of the generators, and assists with the early detection of faults, as well as compiling detailed reports as required by the mine.”

Babcock’s telemetry solutions make use of locally developed ‘Machine to Machine’ (M2M) remote platforms designed to provide proactive status and possible failure visibility of engines and generators deployed in the field, as well as make critical generator and engine data available within moments of an event.

“Babcock’s telemetry system will link all 16 of ZAC’s generator units to a central network that is broadcast to anyone with the application on their computer or mobile device. ZAC can remotely diagnose the generators’ status and performance without physically needing to go to the mine,” said Verreyne.

IN recent years the demand for outsourced steam solutions has grown significantly as steam-reliant businesses continue to look for ways to reduce their costs,...
Read more
Electronic - Instrumentation & Control

Why transfer chutes should be a primary consideration in plant design

THE significance of correct chute designs to ensure efficient transfer of material in processing plants without blockages, spillage and with minimum wear cannot be...
Read more