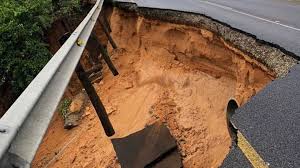 THIS year’s sixth running of the Deloitte Challenge KZN will take place on 15 March as planned, albeit on a new route, due to catastrophic flood damage to the M4 highway.

And great news for runners looking for a good qualifying time for the Comrades or Two Oceans Marathon is that the new flatter route, which starts and ends on the Durban beachfront, is even faster than the old one.

Race organisers, who have been in constant contact with the Department of Transport and the M4 construction team, were forced to make the change by ongoing repair work to the arterial road so integral to the Ballito to Durban route in previous years.

“We’re pleased to confirm that the Deloitte Challenge is definitely on this year,” said Paul Swainson, chairman of the Dolphin Coast Striders running club which is hosting the event. “While it’s unfortunate that we’re unable to use the traditional route so beloved of race regulars, we believe the new route is an excellent compromise under the circumstances.”

Race director Arthur Bertram concurred: “With valued cooperation from Durban Metro Police, we’ve secured an out-and-back route from our iconic finish at the Amphitheatre on Durban’s gorgeous beachfront,” he said.

“This means there are no nasty inland or uphill diversions which would have been inevitable had we sought a new Ballito to Durban route. This new route will take runners through a short loop of the Kings Park area then out to Umhlanga on the M4 under road closure, with a straight shot finish down the promenade.

“If anything, this format will be flatter and faster than our traditional point-to-point route, avoiding the Tongaat, Umdloti and Umhlanga lagoons,” Bertram said.

As with previous Challenges, the 2020 event will comprise a Marathon, Half Marathon, Ten-K, and 5km fun run, but the 40km cycle sprint has had to be shelved for this year.

“For safety reasons, we’ve no choice but to suspend the cycle race for 2020 as we cannot have runners and cyclists in contraflow on the same route,” Bertram said. “Any cyclists who have already entered will be contacted for a full refund, and we hope that if you’re one of those affected, you’ll understand that we do so with great reluctance, appreciation for your support in past years and a hope that you’ll understand this is beyond our control.”

He added that organisers were retaining the full number of water points planned for the point-to-point route, situated strategically to the left and right ensuring that runners don’t need to cross over the road and assisting those who are chasing fast qualifying times or personal bests.

Full details of the 42km marathon route are available on popular running and cycling tracking platform Strava, where entrants will be able to check out a flyover of the route. The shorter events will follow the same route, but with earlier turns.

Deloitte KZN’s Office Managing Partner, Ruwayda Redfearn said the Challenge had become an integral part of Deloitte’s stated purpose, to make an “Impact That Matters” and that this year would be no different, despite the route change.

Runners can enter online at www.Deloittechallenge.co.za.

STUDENT funding efforts received a massive boost this month, with the news that crowdfunding platform Feenix has paid out R4,6million to 163 students in...
Read more
Construction & Civils

LEADING clay brick and paving manufacturer Corobrik has been accredited as a Skills Development Provider (SDP) by the Quality Council for Trades & Occupations...
Read more
Associations

THE mismatch between skills in demand within the chemical industry and skills that are being developed in South Africa is negatively affecting the employability...
Read more