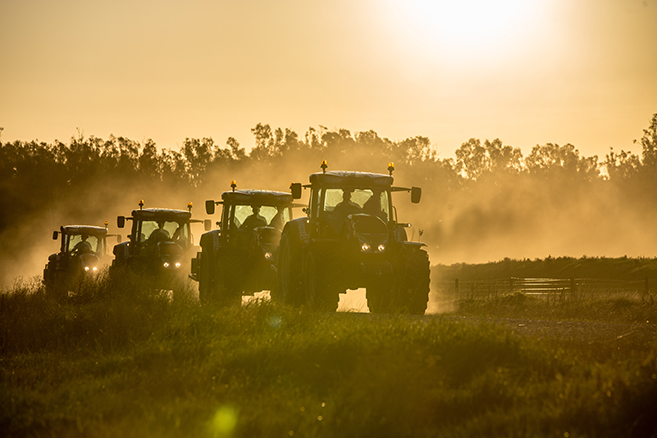 MANY agricultural operations rely on diesel-powered equipment, from tractors to combine harvesters and irrigation systems, which need to function properly at all times, and especially during peak periods (such as harvest periods).

The correct engine oil can help to protect equipment and extend its lifespan, but when it comes to diesel engines, it’s important to understand how different products will affect oil pressure, and why this is important.

That’s according to Llewellyn Owen, National Marketing Manager at Lubrication Engineers (LE) South Africa, who said users of diesel engine oils often note a change in oil pressure when they change from a monograde oil to a multigrade.

“Typically, oil pressure is lower with a multigrade, and people might mistakenly interpret the pressure drop as indicating a problem with the engine.”

However, low oil pressure is not necessarily bad. “In fact, it can be beneficial to a diesel engine operating within normal limits, while high oil pressure can be caused by blocked oil galleries or a lubricant that’s too viscous. The main thing to check is that oil pressure remains pretty stable. Any large increase or decrease should be investigated.”

Owen said it’s also critical to remember that as the oil viscosity breaks down, which happens over time, especially with poor quality oils, the performance in the asset is greatly reduced in terms of load-carrying abilities, torque and reliability. This may result in units having to be serviced more frequently than the indicated intervals.

With winter weather on the way, Owen cautioned that a cold start is one operating condition under which oil pressure should be checked. “At start-up, all the oil is in the sump, and oil pressure is zero. The pump cannot begin to deliver oil or generate pressure until it sucks cold oil through the filter screen and pick up tube. We suggest to customers that they use a short, wide pick-up tube and an oil with good cold flow properties, such as a multigrade, to improve cold start lubrication.”

Cold oil generally has high flow resistance; therefore, oil pressure on start-up is high. As the oil circulates and warms up, it flows more freely, and oil pressure drops to a stable level. Only at this point is the engine being lubricated properly. Until oil pressure stabilises, wear rates are high because of insufficient oil delivery to the mating surfaces. Therefore, a “good” oil is one that reaches a stable oil pressure quickly.

There are, however, situations where low oil pressure can indicate a problem, which is why it’s worth checking pressure and noting changes. Here are some of the most common causes of low pressure:

ENSURING you’re using the right lubricant is the first step in protecting machinery and equipment, but the application of that lubricant is just as...
Read more