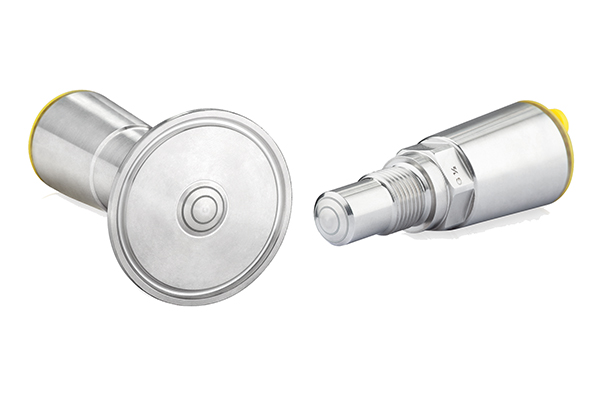 MANY food and pharmaceutical products have a distinctive texture: ‘melt-in-your-mouth’ like some processed cheeses, grainy like peeling cream or also tough, sticky, crunchy and soft.  Depending on the consistency, the demands on the level measurement technology used in production increase.

That’s according to Volker Allgaier, Product Manager at VEGA, who said the company developed the new front-flush level switch VEGAPOINT 24 especially for use with very sticky, viscous or abrasive products.

“Its focus is on the greatest possible robustness. Even with the strongest buildup, it reliably detects the level of coverage and indicates it with a coloured illuminated ring that is visible from afar,” he said.

“Thanks to its robustness, VEGAPOINT 24 is a real plug-and-play sensor. It can be installed very easily in just a few simple steps.”

Allgaier said flexible production systems with frequent and fast product changes benefit from the fact that it detects all media with the help of the default setting without adjustment. And extended functions, such as interface detection or foam blanking, can be configured particularly easily.

“With this device, we are specifically targeting the beverage, food and pharmaceutical sectors. Here, mixing and conveying are all about efficiency and safety, even with demanding liquids and bulk solids like molasses or nut-nougat cream.”

He said the front-flush design of the device ensures universal application. “Even cleaning pigs work safely alongside the flat measuring tip, [which] also copes with sandblasting. This is because there is only metal in the tank.”

He added that compared to plastic, extensive tests had shown an extended service life by a factor of four.

Another key benefit is flexibility of use. “With its versatile process fittings and adaptors, the level switch fits like a glove – even in already existing systems.”

AS a leader in industrial automation, OMRON has extensive lines of control components and equipment, ranging from vision sensors and other input devices to...
Read more