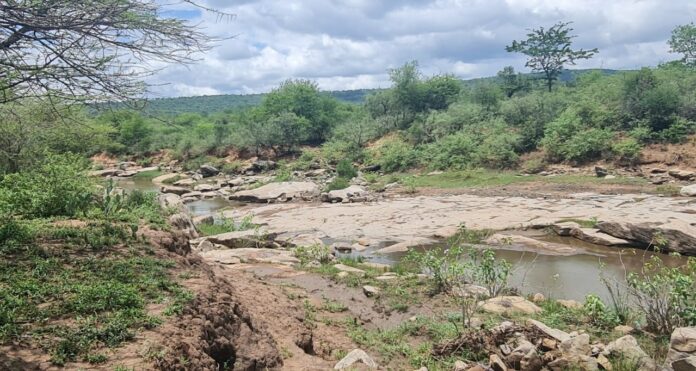 A team of Environmental Management Inspectors (EMIs) with experience in dealing with pollution incidents from the Department of Forestry, Fisheries and the Environment has been deployed to KwaZulu-Natal to support the investigation into the spill of polluted mine wastewater from Zululand Anthracite Colliery (ZAC) into river systems flowing through important conservation areas.

Minister of Forestry, Fisheries and the Environment, Barbara Creecy said this followed a request from the province’s MEC for Economic Development, Tourism and Environmental Affairs, Ravi Pillay’s for technical support.

“The team will support the ongoing efforts to address the impacts of the spill that is affecting rural communities and the Hluhluwe-iMfolozi reserve as well as posing a risk to the iSimangiliso Wetland Park,” Creecy said.

“We have been advised that more than 1.5 million litres of tailing materials flowed from a burst slurry dam at the Zululand Anthracite Colliery (ZAC) into nearby rivers, and surrounding land, on 24 December 2021.”

She said DFFE officials were in the affected reserves to view the extent of the damage as well as to evaluate the measures which have been implemented to mitigate the risks.

“The DFFE team will provide on-the-ground support and assistance to the Joint Operations Committee, which is made up of government role players, including the Department of Mineral Resources & Energy, the Department of Water & Sanitation, EDTEA and Ezemvelo KZN Wildlife.”

ZAC Environmental Superintendent Msawenkosi Buthelezi said that on 24 December 2021, at approximately 14:00, an end wall of slurry pond 3 failed, resulting in a pollution spill of 1,500m3 of coal slurry.

“Upon receiving a report on the failure, mine management immediately began with plugging the pond and initiated a clean-up operation, both manually and mechanically. These clean-up operations will continue as guided by the relevant legislation.”

He said that immediately after the spill, all pumping to the slurry ponds was stopped.

“In the medium term, a filter press will be installed in the coal washing plant, to remove the slurry from the water, and therefore minimise the likelihood of slurry spilling in future.” He said this was planned for completion by the end of March 2022. “One such plant was installed in 2020, and as a result of the successful operation thereof, another will be put into place.”

“An inspection by an official from Department of Water and Sanitation was made on the 26 December 2021. ZAC is working with the relevant government departments to ensure that all legal requirements are met.”

Buthelezi said that to assess possible damage caused to surrounding host communities, ZAC was “engaging the relevant local community forums and structures to identify any such damage and discuss resolutions”.

He added that the company was proud of its a long-standing history of working closely with host communities. “Over the last five years, ZAC has supplied treated, potable, piped water to both livestock and human consumption in the area. ZAC continues to do this, at 23 communal taps, at a rate of 2 511 000 litres per month.”