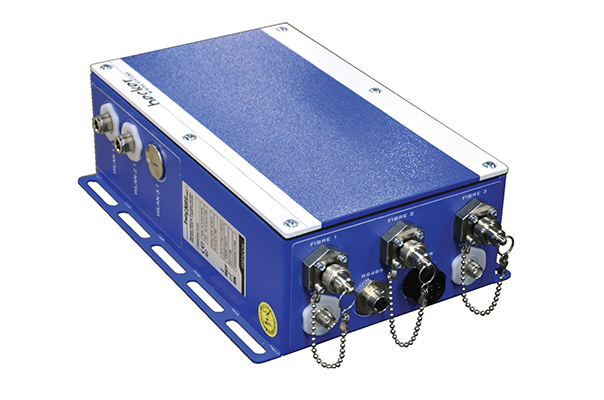 BECKER Mining South Africa’s Electronics division specialises in automation and communication systems, which are designed to enhance productivity and improve safety in the mining sector.

This advanced range encompasses the dependable WRAP (Wireless Router Access Point) Wi-Fi system, which is used in the coal mining sector both locally and around the world for reliable, safe and efficient high-speed communication underground.

Becker Mining successfully deployed a large WRAP backbone installation at one of the leading coal mines in SA during 2020.

Andrew Trentelman, Senior General Manager, Electronics Division, Becker Mining South Africa said WRAP has a versatile design, which means a combination of communications backbones can be used to optimise the system. For example, fibre can be used for high data throughput up to 1GB. In working sections of a coal mine, where there is frenetic activity, a wireless mesh topology is recommended.

“The company has made a substantial investment in researching and testing underground Wi-Fi systems to overcome the problems associated with conventional Wi-Fi systems in arduous underground conditions,” says Trentelman, adding that the system has certification from the Independent Communications Authority of South Africa (ICASA).

“A critical feature of this advanced system is its intrinsically safe (IS) design, which enables safe use in harsh and potentially explosive coal mining conditions. What’s important about Becker’s systems – each of which can be customised to exact requirements – is that each product can be installed as a single stand-alone system, or it can be deployed using a phased approach to minimise a massive initial capital outlay.”

The Becker WRAP provides a high-speed backbone for wireless VoIP, seamless roaming of devices, advanced vehicular dispatch systems, process automation, as well as any device which can utilise a wireless, serial or fibre backbone.

“This system does not limit usage to a single technology but encompasses migration and integration of many technologies. The IS WRAP unit’s small form factor, weighing less than 5 kg, ensures ease of installation and maintenance.”

WRAP is the primary component in creating the Becker Wi-Fi IS backbone. The internal layer 3 router contains the logic to route all network traffic to the correct interface card or to the correct fibre point.

The route of network traffic is based on the rules configured into the router itself. Firewall rules can also be configured to control bandwidth usage of protocols, as well as to provide security to the network. The router configuration allows for “self-healing” capabilities of the network, in the event of a unit failure in the system.

The unit incorporates an additional fibre optic port for teeing off the main backbone used for connecting to a switch. The unit also includes an IS RS485 bus to communicate with any industrial serial device, such as multiple Becker UATRs (UHF active tag readers) for tagging and tracking implementations.

Each system is designed to facilitate future upgrades. These advancements are usually applied in the form of a software update.

They include Smartsense environmental monitoring and leaky feeder systems, as well as Wi-Fi and underground tracking of personnel and vehicles. Fibre optic and digital radio networks, belt rip detection for overland conveyors and SCADA and Ethernet networks are also available from Becker Mining South Africa.

The company also specialises in advanced transportation and infrastructure technology for the global mining sector.

IT is no surprise that cost cutting is the order of the day in the construction sector, but this should not prevent contractors from...
Read more
Automation & Control

THE stage is set for another record export year for South African agricultural products, according to Dawie Maree, Head of Information and Marketing at FNB Agriculture,...
Read more