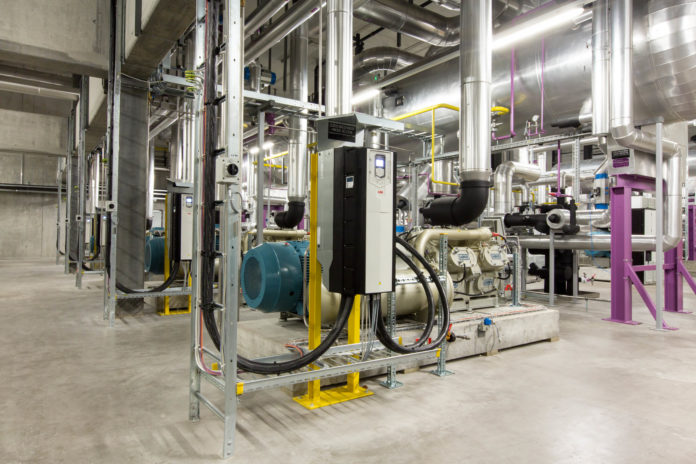 It has backed its call with the release of a white paper, titled “Achieving the Paris Agreement: The Vital Role of High-Efficiency Motors and Drives in Reducing Energy Consumption”, which it says reveals the potential for significant energy efficiency improvements in industry and infrastructure enabled by this technology.

Morten Wierod, President ABB Motion said that electric motors – and the variable speed drives which optimise their operation – are mostly hidden from public view, but they are embedded in almost every built environment.

“They power a vast range of applications fundamental to our modern way of life, from industrial pumps, fans and conveyors for manufacturing and propulsion systems for transportation to compressors for electrical appliances and heating, ventilation and air conditioning systems in buildings.”

Wierod said motor and drive technologies have seen exceptionally rapid advancement in the past decade, with today’s innovative designs delivering “remarkable” energy efficiencies. However, as the white paper reveals, a significant number of industrial electric motor-driven systems in operation today – in the region of 300 million globally – are inefficient or consume much more power than required, resulting in monumental energy wastage.

“Independent research estimates that if these systems were replaced with optimised, high-efficiency equipment, the gains to be realised could reduce global electricity consumption by up to 10 percent.” In turn, this would account for more than 40 percent of the reduction in greenhouse gas emissions needed to meet the 2040 climate goals established by the Paris Agreement.

“Industrial energy efficiency, more than any other challenge, has the single greatest capacity for combatting the climate emergency. It is essentially the world’s invisible climate solution,” Wierod said.

“For ABB, sustainability is a key part of our company purpose and of the value that we create for all of our stakeholders. By far the biggest impact we can have in reducing greenhouse gas emissions is through our leading technologies, which reduce energy use in industry, buildings and transport.”

He added that considerable steps had already been taken to support the uptake of electric vehicles and renewable energy sources and the company believed it was time to do the same for an industrial technology that promised to deliver even greater benefits for the environment and the global economy.

“The importance of transitioning industries and infrastructure to these highly energy efficient drives and motors to play their part in a more sustainable society cannot be overstated. With 45 percent of the world’s electricity used to power electric motors in buildings and industrial applications, investment in upgrading them will yield outsized rewards in terms of efficiency,” he said.

To take advantage of the tremendous opportunities afforded by energy efficient drives and motors to reduce greenhouse gas emissions, ABB urged stakeholders to act decisively. It said public decision makers and government regulators needed to incentivise the rapid adoption of this technology.

Businesses, cities, and countries needed to be aware of both the cost savings and environmental advantages and be willing to make the investment, and investors needed to reallocate capital towards companies better prepared to address the climate risk.

“While our role at ABB is to always provide the most efficient technologies, products and services to our customers, and continue to innovate for ever greater efficiency, that in itself is not enough. All stakeholders need to work together to bring about a holistic transformation in how we use energy. By acting and innovating together, we can keep critical services up and running while saving energy and combatting climate change,” Wierod said.