How AARTO may help cut your car insurance premiums 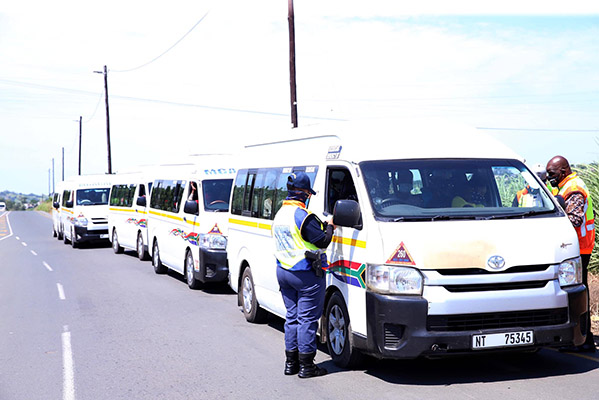 ON the face of it Transport Minister, Fikile Mbalula’s recent assurances, endorsed by President Ramaphosa, that the Administrative Adjudication of Road Traffic Offences (AARTO) Bill will be enforced from June 2021 is good news for South African road users.

That’s according to Christelle Colman, Company Spokesperson at Old Mutual, who said, “Stricter enforcement of driving regulations is to also be welcomed from an insurance perspective”.

She added that with South Africa experiencing more than 13 000 deaths a year from motor accidents it was clear that something needed to be done. “Better enforcement should lead to fewer accidents and road deaths.”

Over the long-term AARTO enforcement should also “impact favourably on the cost of insurance while reducing the number of unlicensed drivers and vehicles on South Africa’s roads.”

Moreover, said Colman, the improved driver and vehicle data that AARTO has the potential to make available to the industry should, over the long term, “reduced the cost, increase the spread and maximize the positive impact of insurance in South Africa”.

While zero alcohol limits and a demerit system that suspends licenses for three months for every demerit point above 12 seem harsh, these penalties were in line with similar legislation in Europe. As such, “the system is not out of kilter with global norms”.

Devil in the detail

As ever, and as found in Europe, however, the devil lies in the detail and practicalities of enforcement, Colman Said. If widely, fairly, and efficiently enforced, the AARTO system should lead to better driving and fewer unlicensed drivers and vehicles.

“If poorly implemented and not supported by an efficient licensing process, the opposite may well be achieved.”

Also, if used to achieve goals unrelated to improved driving – like enforcing e-toll payment or extracting bribes – the system stands the chance of widespread non-compliance and even legitimate legal challenge, she warned.

From and insurance perspective, however, a zero-alcohol limit means that the vehicle policy of anyone found to be driving with any alcohol in their blood is likely to have any related claim denied. Similarly, drivers who accumulate more than 12 demerit points – effectively losing their license for a few months – will also not be able to claim on their vehicle insurance policies during these periods.

When it comes to the cost of insurance, Colman said insurers already use profiling to determine premiums. Most insurers ask clients to grant them access to personal data providing insight into individual clients’ driving habits and behaviours.

Once the AARTO system is up and running effectively, it could prove a “valuable resource for the insurance industry to assess the competence, legal standing and risk-worthiness of potential clients. AARTO will also assist in pricing covers more accurately.”

Colman said the biggest driver of the cost of insurance at present is South Africa’s extremely high road accident numbers as well high vehicle theft rates. These, she said, are largely driven by poor enforcement as well as the large number of unlicensed vehicles and drivers on the country’s roads.

All serious attempts to enforce existing legislation efficiently and fairly is overwhelmingly in the best interests of all South African road users and the insurance industry in general. The effective enforcement of AARTO also presents an opportunity to “reduce the cost, extend the effectiveness and increase the number of individual vehicle insurance policies,” Colman said.

REIT lets over 100 000 square metres in Durban over pandemic

Cargo heists on the rise – counting the cost of security

AN unprecedented surge in international freight rates of up to 700 percent is putting many companies under enormous pressure and forcing them to take...
Read more