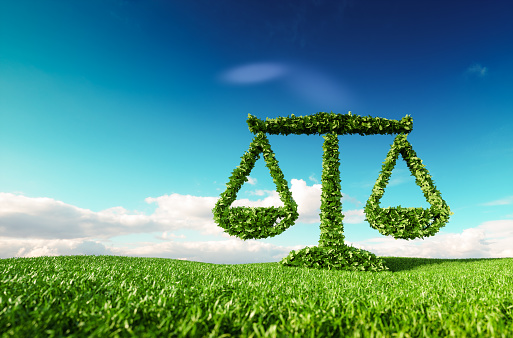 THE NEMLA Bill finally became an Act on 24 June 2022 and will introduce a major shift in South Africa’s environmental legislation on a date to be fixed and proclaimed by the President.

Act No. 2 of 2022 – undoubtedly the most significant piece of environmental legislation since the implementation of the One Environmental System (OES) in 2014 – has finally been published and will soon become law (the Act).

This Act started out as the National Environmental Laws Amendment Bill, known as ‘the NEMLA Bill’ or ‘NEMLAA4’, when it was introduced to Parliament in 2017.

More than five years on, this Bill has finally ended its arduous parliamentary journey, which involved much debate and numerous changes following its rejection by the National Assembly in 2018, and its lapsing and subsequent revival in 2019.

We were kept on tenterhooks until the very end, when, despite being passed by both the National Assembly and the National Council of Provinces on 1 March 2022, it took almost four months for the Bill to be published.

Once the Act comes into operation,it will officially introduce a wholesale shift in South Africa’s environmental legislative landscape.

Many of these changes are intended to clean up a range of issues associated with the roll-out of the OES – which overhauled the manner in which environmental issues are regulated on mine sites, among other things.

Overall, it is clear that the changes imposed by the Act aim to deter non-compliance with environmental laws by, among other things, introducing new offences, increasing the quantum of fines and administrative penalties where laws or licences have been contravened, and will extend enforcement powers to enable more widespread enforcement of environmental laws.

In the next couple of weeks, we will explore these proposed changes in a series of focused alerts.

The important changes that will be considered include the following:

Changes to rectification provisions under NEMA and NEMAQA

Municipal managers will also be empowered to issue NEMA section 28(4) directives for contravention of the duty of care obligations.  Designated environmental mineral and petroleum inspectors will also be able to issue section 31L compliance notices.  These proposed changes are likely to see an increase in administrative enforcement action.

The changes to FP will pave the way for the much-anticipated final replacement FP Regulations under NEMA.  The definition of “financial provision” will be amended to refer specifically to a “holder” (i.e., a person to whom a right/permit has been granted in terms of the Mineral and Petroleum Resources Development Act, 2002 (MPRDA), a holder of an old order right (as defined under the MPRDA) and an applicant (i.e. any person who has submitted an application for an environmental authorisation under NEMA).

This change will clarify that the NEMA FP requirements apply to both new applicants and holders of EAs for mining activities since the OES came into force, as well as historical holders who have now transitioned to the NEMA system under the OES.  The new definition will make it clear that the State should not bear the financial burden of rehabilitation, closure and post-closure activities – which should be covered by the aforementioned categories of persons.

Section 24P will apply generally to the remediation of environmental damage in relation to specific instances which can be prescribed by the Minister of Environment, Forestry and Fisheries (Environment Minister) (or MEC in concurrence with the Environment Minister). When such instances have been prescribed, the FP must be ‘determined’ before an EA is issued.  A new section 24PA will be introduced to specifically regulate FP requirements for mining. Failure to comply with certain requirements under section 24P or 24PA will become criminal offences under NEMA and will constitute Schedule 3 offences for which director liability may be imposed.

Changes in competency of the Minerals Minister

The Minister of Mineral Resources and Energy (Minerals Minister) will have less power when the NEMLA Act is signed into law.  For example, section 48 of the National Environmental Management: Protected Areas Act, 2003 currently prohibits commercial prospecting, mining, exploration, or production from being undertaken in a protected environment without the permission of the Environment Minister and the Cabinet member responsible for minerals and energy affairs.  In terms of the Act the decision to allow mining and so on in a protected environment will fall within the exclusive competence of the Environment Minister.  Written permission will no longer be required to be obtained from the Minerals Minister.