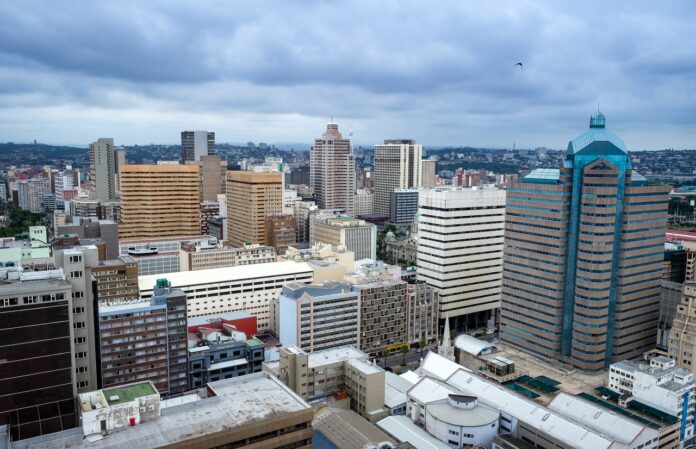 THE eThekwini Municipality is charting a new sustainable way forward in the energy sector and is investigating the transition to a hydrogen economy.

This emerged from a webinar held recently, where Renewable Energy Manager Sbu Ntshalintshali unpacked the Municipality’s vision in which the hydrogen ecosystem provides economic benefits to the city.

He also spoke on the benefits this will bring to the city and the Richards Bay region through sustainable job creation and export revenue, supporting the energy transition across power generation, heating, transport, and industry, improving energy system resilience, and increasing consumer choices.

“The mission will de-risk and strengthen our competitive advantage by linking regional activities with international projects. The overall focus will be on enabling eThekwini’s domestic and export Hydrogen including derivatives such as ammonia to international markets.”

Chumisa Thengwa, Deputy Head of Biodiversity Management from eThekwini’s Development Planning, Environment and Management Unit highlighted the key role the changing energy landscape will have in the economic recovery of the city and the country.

She said the municipality is maintaining momentum as it is concluding the first phase of the energy transition policy. This was a call for all independent power producers to submit information for the procurement of 400MW of generation capacity from hybrid energy generation technologies.

The hydrogen study, funded by UK Partnering for Accelerated Climate Transitions and conducted by British advisory firm ARUP, aims to provide a compelling realistic vision and demonstrate social and economic benefits of Hydrogen economy in the eThekwini and Richards Bay regions.

ARUP’s Nick Ash provided an update on the study and emphasised the importance of stakeholder engagements. He explained the hydrogen supply chain, end-user applications, transport, and storage.

Lunga Khuzwayo, Acting Project Officer, at the municipality’s Energy Office, said that as a low carbon energy source, the use of hydrogen as a fuel is seen as a potential solution to environmental problems caused by greenhouse gas emissions from fossil fuel combustion.

“The emissions in the port of Durban from trucks transporting various goods from ships can be reduced if the trucks are run using hydrogen fuel,” Khuzwayo said.