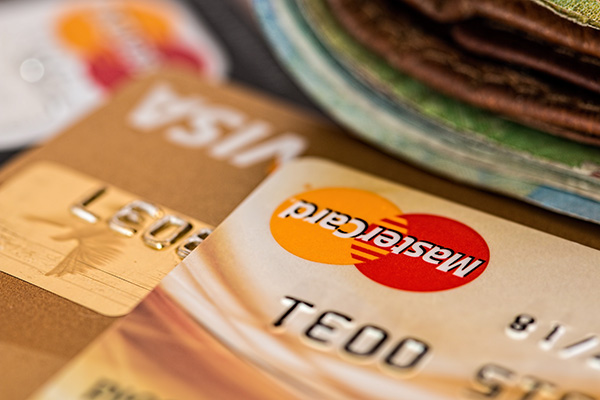 DESPITE many protections offered by legislation, SA consumers are still falling victim to shady practices on the part of criminals and, even, established businesses.

That according to Reana Steyn, the Ombudsman for Banking Services (OBS), in a statement issued on Tuesday, 15 March 2022, to coincide with World Consumer Rights Day.

“Despite these rights, over the past few years, we have seen that there are major corporates and scam artists that are very willing to take advantage of the public without a second thought,” she said.

Steyn said the OBS regularly deals with matters where some consumers appear unaware of their rights, and obligations, when they deal with the bank. Sometimes these misunderstandings result in a dispute lodged with the office after all attempts to reach a settlement between the parties have failed.

All bank customers have a right to expect to be treated fairly, reasonably and ethically by their bank, she said. This right is reinforced by the banks undertaking not to unfairly discriminate any customer on grounds such as marital status, gender, age or race in the provision of banking services or in the quality (and terms) of the services that are offered to the consumer.

“However, it is important to note that not all discrimination or is unfair,” she added. Banks have special products or service offerings that are specifically designed for members of a target market group. She cited the example of a student loan offered by banks where the repayment terms are considerably more favourable than a personal loan.

The right to apply for credit

In terms of the National Credit Act (the “Act”), all adult natural persons, and every juristic person or association of persons, has the right to apply for credit.

However, the Act also recognises the banks’ right to refuse to enter into an agreement with a consumer provided that the reasons for the refusal are reasonable and consistent with the law and the banks’ risk appetite. For example, the Bank would be within their right to decline an application for credit based on lack of affordability.

The OBS has also received complaints from consumers who dispute the interest rate charged on their loan accounts and feel that it is too high. Often, a challenge faced in these matters is that the consumers lodge their complaints after they have signed acceptance of the terms and conditions of their agreements with the credit provider.

“Unfortunately, unless the interest rate applied by the bank is not in line with the prescribed rate per the NCA, the consumer will be bound by the agreement and the OBS does not have the mandate to force the bank to renegotiate a better, more acceptable, rate for the customer, simply because the terms no longer suit them,” advised Steyn.

She reminded consumers that they have right to negotiate with credit providers, and preferably shop around, especially if the interest rate that is being offered is not in line with what the consumer deems fair.

“Consumers do not have to accept the first offer they receive from credit providers. Before acceptance of the coffer by the consumer, there is no legally binding agreement. Therefore, consumers have a right to consider and compare the offer made considering the term, interest rate offered, the instalment payable and the total amount repayable”,” said Steyn. She added that after considering the full terms of the agreement, consumers have the right to refuse the interest rate that has been offered and negotiate for a better rate.

“Furthermore, consumers are also not forced to accept the amount initially requested and offered by a credit provider. They have the right to request for the amount to be reduced and be in line with what they believe will be affordable for their pockets,” said Steyn.

Previously, it was acceptable for banks, without prior notice, to transfer monies out of the customer’s account that was in credit (such as a cheque account) and pay the funds into an account that was in default (such as a personal loan account or credit card), with the aim to reduce the customer’s indebtedness to the bank. This principle is referred to as “set off.”

Section 124 of the National Credit Act now regulates set off in respect of credit agreements regulated by the NCA. The aim of Section 124 is to safeguard the rights of consumers in the set off process by giving the consumer a say in the way in which the set off is applied.

The aim of Section 124 is to prevent the banks from having the autonomy to decide to debit the consumer’s account with an amount the bank unilaterally deems appropriate, without prior consultation with the consumer. Therefore, the current legal position is that for any set off to be lawful, it must be conducted in line with the provisions of Section 124.

Recently, the OBS has noted that some banks may still be applying common law set off in respect of credit agreements falling within the National Credit Act and it is important that consumers know about their rights when it comes to deductions from one account to pay another account, Steyn added.

The issue regarding the closure of bank accounts is currently topical and is receiving a lot of media attention. Steyn said the OBS is aware of the current class action suit that is being brought against certain banks via the media, but they are not involved in the matter.

Until a new judgement is handed down by the court, the current legal position is that the banks are allowed to terminate their relationship with consumers. The only requirements are that the bank must provide the consumer with a reasonable notice of the termination (30 days or more depending on the number of accounts that the consumer has with the bank) as well as the reasons for the termination. This position is also regulated within the Conduct Standard for Banks.

The mandate of the OBS extends to protecting consumers against abuse of consumer rights by the banks. In the matters relating to closure or blocking of bank accounts by banks, Steyn explained that these usually involve a customer challenging the bank’s reasons for doing so. One of the most prevalent reasons banks have closed/blocked access to the accounts was that the customer’s account was being used or involved in confirmed criminal activities.

In these matters, the complainants most often request that the OBS assists them with either convincing the bank to unblock their accounts or to get their accounts reopened and have their names removed from the South African Fraud Prevention Services list.

” While the OBS can award compensation for loss or inconvenience caused in some instances, this will only be done if the OBS finds that there was wrongdoing in the manner the bank closed the account. However, the OBS cannot force the bank to unblock an account or to reopen one when the bank insists it no longer wants to do business with a consumer. After all, it is the bank, and not this office, that would have to bear the consequences of being in such a relationship,” said Steyn.

Steyn also advised that there has, on previous occasions, allegations made by consumers that their application for credit were unfairly declined due to their race, age, Steyn confirmed that her office takes these allegations very seriously.

According to Steyn, the challenges faced by her office in dealing with such complaints is that there is often lack of evidence to prove that the loan was declined on the basis of the listed prohibited discriminatory grounds. Nonetheless, the OBS calls on all consumers who believe that they were unfairly discriminated against and declined credit or any other banking product or service due to their race or age and have proof to substantiate their allegations, to lodge a complaint with her office for the allegations to be investigated.

Steyn reminded consumers that the right to lodge a complaint against a bank it is one of their fundamental consumer rights. This can be done with the OBS which offers a