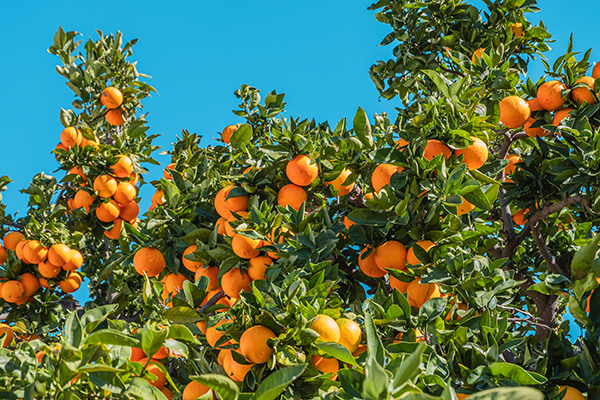 THE stage is set for another record export year for South African agricultural products, according to Dawie Maree, Head of Information and Marketing at FNB Agriculture, who said international demand remains high and prices for our major export products continue to be at elevated levels.

The year started off on a high note when South Africa recorded an agricultural trade surplus of $1.5 billion and the second largest export earnings on record of $10.2bn in the first quarter.

And, said Maree, the outlook for the rest of the year remains favourable. “The weather came to the party and allowed for an excellent agriculture season which saw record crops across most commodities with the grain and oilseed crop topping 17.07 million tons which is almost 2% higher year-on-year.”

Commenting on citrus exports, he said, “The country’s production capacity for export products is quite robust. We expect that we will once again see record exports for our citrus products this year.”

He added that initial export figures for oranges up to the end of June were on an upward trajectory. Growth in exports to Africa, Asia and the Middle East rocketed by almost 30%. Total orange exports at the start of the season increased by 2% to 10.8 million cartons (15kg cartons).

Soft citrus, also referred to as “easy peelers” such as tangerines and clementines, recorded a 12% growth year-on-year. This represents exports of 9.84 million cartons. Our third largest market for soft citrus is the Middle East with a market share of 14%. Exports in that market grew 61% year-to-date.

Logistical issues have impacted initial export volumes for the year negatively. Maree said the unavailability of containers for exports resulted in delays in shipments. However, these delays were a global issue and not limited to SA. “This coupled with the unrest in KwaZulu-Natal and Transnet’s IT problems put the export of citrus on the back foot, but it seems as if it recovered from the initial setbacks.”

According to TradeMap data total citrus exports during the first quarter this year were 852,964 tons, which is up 0.7% year-on-year. Strong demand on export markets due to the health benefits associated with citrus commodities in the wake of the COVID-19 global crisis underpinned the good export performance.

In value terms, the second quarter citrus export revenue reached $626.59 million, which is 14.2% higher year on year. Of the top ten country destinations, the Netherlands accounted for 20.6% and 19.8% of the total second quarter and half year volumes.

The cumulative total exports of grapefruit, lemons, and soft citrus for the year to week 30 of the export season have so far increased 15%, 1%, and 9% respectively year-on-year at 14.64 million, 21.77 million, and 16.01million cartons.

He said 987,860 tons of yellow maize has been exported in the current season, which represents an increase of 16.8% on the previous year. Demand remains high, and due to our relative cheap yellow maize price, our product became quite attractive in the international market.

The International Grain Council’s (IGC) August 2021 prediction for international grain and oilseed supply and demand shows a slight reduction in production from the June projection.

Internationally prices for maize, wheat and soya beans remains elevated, although it has come down in July from the record levels in May.

However, international soybeans, maize, and wheat prices are sharply higher by 57%, 81%, and 18% respectively relative to the same month in 2020. In SA the total maize production for 2021 is expected to be 7.4% higher at 16.43 million tons on the previous year and 1.92 million tons for soya beans– representing an impressive 54% increase.

Production conditions for the rest of the year remain favourable. “We are seeing good rainfall for winter crops in the Western Cape. Dams which are critical for irrigation are currently at good levels, apart from areas in the Eastern Cape where lower dam levels will impact production,” said Maree, adding that our biggest export items remain fruits, nuts, grain and meat.

Meat and edible meat offal posted strong gains in exports in the second quarter with volumes up 86% quarter-on-quarter and 96% year-on-year at 46,650 tons. This brought the total year to June meat exports to 71,707 tons which 46% higher year-on-year.

“The South African agricultural sector remains well diversified and with the geographical distribution of crops and livestock we remain optimistic about another stellar performance from the sector,” said Maree.

DESPITE Covid-19 and associated economic challenges, business confidence levels are higher among small and medium enterprises (SME) owners during the second quarter of 2021...
Read more
Automotive

TOYOTA, which introduced petrol-electric hybrid technology to South Africa in the form of the Prius has launched what it says is the most affordable...
Read more
Government & Municipal

THE stage is set for another record export year for South African agricultural products, according to Dawie Maree, Head of Information and Marketing at FNB Agriculture,...
Read more