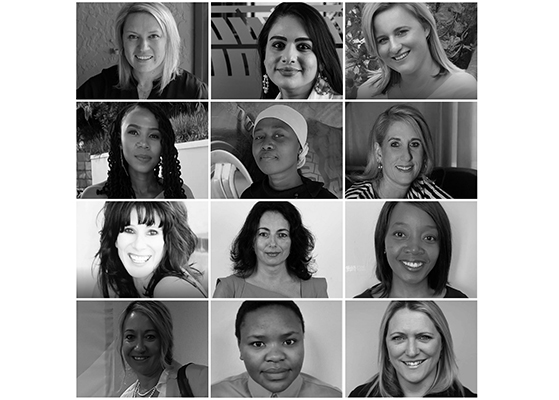 IN honour of Women’s Month in August, tyre brand Dunlop has created a ‘Women driving the world forward’ website showcasing those who’ve steered the automotive sector to success.

These range from early inventors of prominent car safety features that continue to save lives every day to present-day women-owned South African businesses and the company’s own employees.

Lubin Ozoux, CEO of Dunlop tyre manufacturer, Sumitomo Rubber South Africa (SRSA), said, “We as a brand are delighted to celebrate the strength and resilience of women, not just this month but always. Women have made outstanding contributions to our sector that are often unheard of.”

The campaign highlights how women were behind a number of important safety features, from brake pads invented in 1888 by Bertha Benz, wife of the founder of Mercedes Benz, to windscreen wipers invented by Mary Anderson in 1903.

The first mechanical indicator and brake signal were invented in 1914 by silent-film star, Florence Lawrence, while closer to Dunlop’s own world, Stephanie Kwolek, a chemist, invented the lightweight Kevlar polymer fibre in 1965 that is stronger than steel and used to make resilient, puncture-resistant tyres.

The tyre manufacturer is also showcasing women-owned Dunlop dealerships and the women breaking new ground and achieving success in their fields of expertise within Dunlop’s own business, from factory engineering, to HR, marketing, finance and more.

Through this campaign, four small, women-owned businesses who represent safe travel and female empowerment, will be supported and given the platform to grow, with the company encouraging its own employees and community to further support these start-ups by using their services, donating or purchasing their merchandise.

They include Nakita Naee’lah Dellwaria and Chloe Homer, who in 2020 launched Safe Space, a female-run start-up that maps gender-based violence hotspots and enables the public to report any GBV incidents. These reports are fed onto a live map where they can be accessed by the public, empowering them with knowledge on the safety of an area.

Dunlop is also supporting Palesa Mashinini, who in 2019, started Secanity and began selling its Woke keychain alarm. When activated, this alarm produces a 140-decibel alert which radiates up to 200 meters, allowing women to draw attention to themselves in emergency situations.

Also receiving support from Dunlop is ParkUpp, started in 2016 as a digital platform that enables drivers to find and rent safe parking spaces while empowering the owners of these parking bays to earn an extra income by renting them out.

The company has donated R10 000 to each of these three businesses to show its support.

Rounding up the list is Ladies Own Transport Services (LOTS), a taxi service started in the Cape Flats by Joanie Fredericks, where taxi drivers are all female, trained in self-defence and fetch passengers from safe locations.  Joanie is also behind an all-female driving school to protect women against unwanted advances by their instructors, ensuring they go on to become independent members of society.