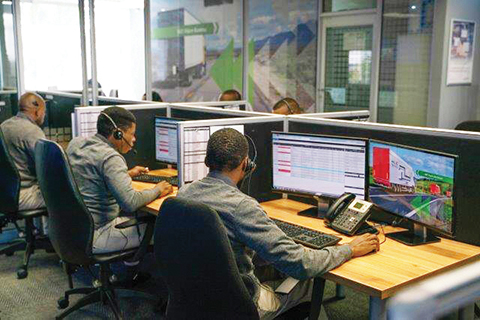 An alarming increase in truck hijackings has raised a red flag for fleet owners to be extra vigilant. That’s according to Gert Pretorius, MD for MiX Telematics Africa, who said the recently released national crime statistics for July to September 2020 revealed that there had been a 32% increase in truck hijackings compared to the same period in 2019.

“This concerning trend is reiterated by the Statista Research Department indicating that there were 1 202 truck hijackings in South Africa during the past fiscal year from 1 April 2019 to 31 March 2020, representing a 46% increase in truck hijacking incidents since 2012. Based on the recent crime statistics, however, this will spike even further during this fiscal.”

Pretorius added that while certain crimes are showing a downward trend, the sharp rise in commercial crimes such as truck hijackings and cash-in-transit heists is noticeable on a national level. Although all major urban centres reported increases, Johannesburg’s metropolitan precincts saw a 52% increase in truck hijackings and a 5% increase in car hijackings, which is higher than any other South African city.

He said year-to-date MiX had seen a 9% increase in vehicle hijacking incidents on their fleet customer base compared to 2019, “a figure that is steadily rising given the challenging economic times we find ourselves in as well as the increase in vehicle deliveries due to peak season activities”.

He cited a recent incident in which a truck carrying a load of diesel worth R500 000 was recovered after the driver who pressed the panic button during the hijacking. “The Track and React team has recovered millions of rands’ worth of cargo and assisted with 11 recoveries, a 100% success rate, for this specific client over the nine years of being a MiX customer,” Pretorius said.

He said MiX’s recovery rate for trucks using it’s Track and React service over the past year had been 97%, which illustrates the effectiveness of an outsourced fleet monitoring bureau to proactively manage the fleet and drivers in real-time.

“The agents respond to critical driving events as soon as they occur to not only assist the driver in an emergency situation but to also reduce risky driving behaviours that may be detrimental to the safety and productivity of the fleet such as speeding, distracted driving, unauthorised stopping en route and not resting on long journeys.”

In July 2021 the Samsung Customer Service Centre in Riverhorse Valley was one of many businesses impacted by the looting in KZN. Since then...
Read more
Environmental – Green Industries

While sustainability, circularity and the goal of net-zero emissions by 2050 are topping the agendas of organisations around the world, South Africa is caught...
Read more
Electronic - Instrumentation & Control

AS mines systematically assess the risks related to their trackless mining machinery (TMM), they increasingly see the value in proximity detection systems (PDS). With...
Read more