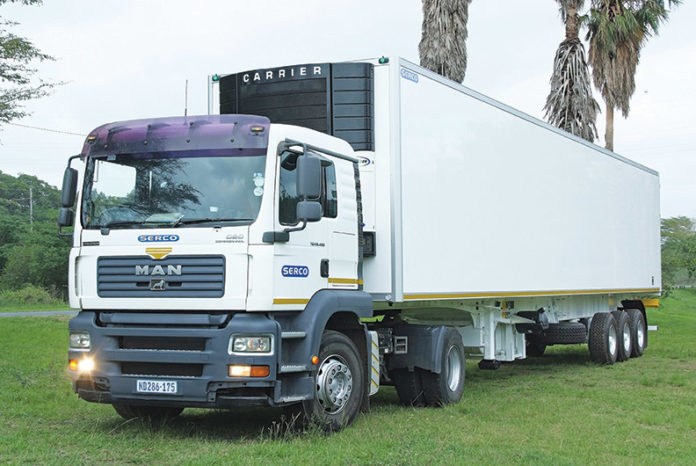 BUSINESS at leading South African truck and trailer building company, Serco, has recovered strongly in the last quarter of 2020 with prospects for 2021 looking promising, which takes some of the sting out of the reality of sales being nearly 25% down compared to 2019.

That’s according to CEO Clinton Holcroft, who said a significant win for the company was that it did not have to retrench any employees in spite of the “extremely difficult” trading conditions caused by COVID-19.

“I extend my special thanks and appreciation to all staff for the extra effort they put in to ensure our wheels kept turning, even during the darkest days,” said Holcroft.”

Serco’s head office is in Durban, with branches in Johannesburg, Cape Town and Port Elizabeth.
Holcroft said the pandemic accelerated their efforts to grow the dry freight section of the business with the introduction of new cargo van bodies, curtain siders and drop side vehicles, to complement the refrigerated trailers and bodies they are well known for.

“Another positive – and there are several – is that despite the pandemic adding extra pressure on South Africa’s already weak economy, Serco has seen trailer and truck body orders pick up strongly in the later part of 2020, which bodes well for a rebound in the new year.”

This forecast is based on transport operators needing to replace ageing vehicles in their fleets which become more costly to run as they get older, and backlogs with certain popular truck chassis delaying the replacement of new bodies into early 2021.

However, there is no doubt, said Holcroft, that the market is fragile with customers being very cost sensitive and focused on extracting best value for their spend.

“Our goal is to reduce costs thus enabling us to offer competitive pricing and enhance product value with our increased payload and durability in both our refrigerated and dry freight options.”

Holcroft said there had been a significant increase in demand for good quality pre-owned refrigerated trailers and rentals. “We have focused on these areas due to the growing demand.

“However, some constraints have been encountered where tare weights and description changes for rebuilds often take months to resolve due to inconsistencies in requirements at the licensing department as well as inspections for special approval being hamstrung because of poor communication between the Department of Transport and local licensing departments.”

He said there had been months of major bottlenecks at vehicle testing stations which handled the issuing of certificates of fitness for new and used vehicles. The delays were the result of restrictions being placed on the number of tests permitted each day – even during level 1 lockdown – making the situation extremely challenging as volumes increased towards the later part of the year.

“The economy won’t grow significantly until the government intervenes and corrects worrying aspects affecting the transport industry such as the long delays at vehicle licensing departments and the burning of trucks on South African freeways. These issues are causing negative publicity both locally and globally with little or no visible corrective action being taken.”

Holcroft added there was a need to create a more business friendly environment in South Africa that would increase growth and reduce unemployment.

“There are serious obstacles – as outlined above – in the path of improving business and it would give all concerned a tremendous boost if the authorities acted decisively and swiftly to remove them.”