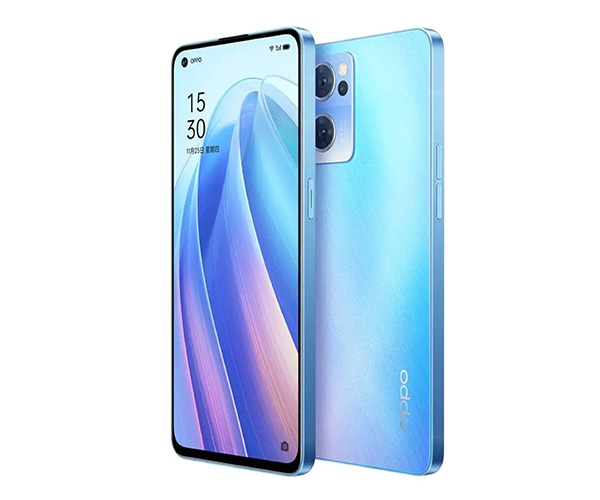 The company also claims that the 32MP front facing selfie camera with its IMX 615 sensor is a portrait powerhouse with enhanced low light and bokeh capabilities – the latter referring to photos with the subject in focus and the background blurred.

The 6.4-inch AMOLED display boasts a refresh rate of up to 90Hz and an in-screen fingerprint sensor. Underneath that, the Reno 7 5G packs 8GB of RAM and a MediaTek Dimensity 900 5G SoC chipset. As the name suggests, it supports 5G as well as the latest generation Wi-Fi 6 connectivity.

While it does not support wireless charging, the Reno 7 does come equipped with 65W SuperVooc charging technology, which the company claims will fully juice up the 4,500mAh battery in 35 minutes. If you’re even more pressed for time, four minutes of charging will deliver an impressive four hours of use.

The Reno 7 comes with Android 11 installed and, according to Oppo, is Android 12 ready. Unlike another major Chinese competitor, it also comes with the Google Play Store and access to the full gamut of Google apps and services.

The range topping Reno 7 5G is available from MTN, Vodacom, Cell C and Telkom, as well as several online retailers, at a recommended retail price of R15,500, or on 24 and 36-month contracts, starting from R749 and R549 per month respectively.

Oppo is throwing in a pair of its Enco Buds, a 65W charge block, and one free screen repair, the latter valid for the first six months of purchase.